In (bi)-weekly meetings, Fellows of the Lichtenberg-Kolleg, PhD students, Postdocs and faculty of the Goettingen Campus discuss current research, work in progress, unpublished papers or primary sources. Occassionally we invite guests to discuss their work with us.
If you want to join please contact Dr. Dominik Huenniger (dominik.huenniger@zvw.uni-goettingen.de) and he will provide you with the reading material.

5th December 2018:
Nicholas B. Miller & Ere Nokkala: Introduction to: Cameralism and the Enlightenment: Happiness, Governance and Reform (to be published in 2019).

9th January 2019:
Extracts from: Elizabeth Yale: Sociable Knowledge: Natural History and the Nation in Early Modern Britain, University of Pennsylvania Press, 2016 (Introduction and chapter 6: "The Manuscripts Flew About like Butterflies": Self-Archiving and the Pressures of History)

6th February 2019:
Dominik Hünniger: Serial Insects. Specialised Journals and the Formation of Entomology as an Academic Discipline around 1800
in: Anna Gielas and Aileen Fyfe (eds.), Editors and the Editing of Scientific Periodicals: Constructing Knowledge and Identity, 1760s-1910s, special issue of Centaurus forthcoming in 2019

20th February 2019:
Extracts from: Jessica Riskin: The Restless Clock: A History of the Centuries-Long Argument over What Makes Living Things Tick (2016) - chapter 3: The Passive Telescope or the Restless Clock - &
Adelheid Voskuhl: Androids in the Enlightenment:Mechanics, Artisans, and Cultures of the Self (2013) - chapter 5: Poetic Engagement with Piano-Playing Women Automata -

22nd February 2017: David Hume: "Of Moral Prejudices"; "On suicide"; "On Superstition and Enthusiasm"; and "On the Rise and Progress of the Arts and Sciences."

29th November 2017: Anthony J. La Vopa, The Labor of the Mind, Intellect and Gender in Enlightenment Cultures, Philadelphia: University of Pennsylvania Press 2017
Chapters: “Introduction” and “Malebranche and the Bel Esprit”

24th January 2018: Ziad Elmarsafy, The enlightenment Qur'an : the politics of translation and the construction of Islam, Oxford : Oneworld, 2009

16th May 2018: Martha Fleming and Dominik Hünniger: Putting Metadata to Work: Modeling Information on Historical Collections of Natural History in Social Justice Contexts
(by invitation only) 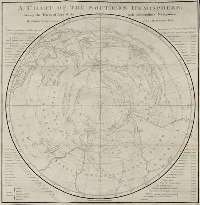