My project explores how Jewish persecution during WWII was presented in state-controlled publishing under Communism in Hungary. It analyses the relationship between the Hungarian communist state and Holocaust memory by examining the histories of two texts. One is Anne Frank's diary, which was first published in Hungarian in 1958. It was republished four more times during state socialism in 1962, 1973, 1980 and 1982. The other text I investigate is Ágnes Zsolt's Éva lányom (My daughter, Éva), first published in 1947 before the communists seizure of power in Hungary. The book is largely comprised of the diary of Ágnes Zsolt's daughter, thirteen-year-old Éva Heyman, who has frequently been called "the Hungarian Anne Frank". However, Éva has never become so well- known as Anne Frank, even in her native country, likely because her diary was never re-published in Hungary during Communism (nor even for a long time after the system change). The original 1947 edition was only followed by a new one in 2011.

The striking contrast between these two publication histories of similar diaries raises a number of questions. My research uncovers the motivations of Communist state authorities to re-publish Anne's diary so many times, and at the same time, to ignore Éva's. I enumerate the factors determining the publication of Anne's text by following the decision-making process from the higher echelons of the Party and state apparatus to the readers' hands. Before being published, the text had to pass through an institutional maze: from the Publishing Directorate (Kiadói Főigazgatóság) through the reviewers to the publishing house and the press. I also compare the various editions of Anne Frank's diary, as well as other Holocaust depictions, both real and fictional, that it was combined with at different times. (In 1973, it was published along with the diary of Dawid Rubinowicz, a twelve-year-old Polish Jewish boy who lived in Krajno. The 1982 edition featured Jan Otcenásek's Romeo, Juliet and Darkness, a novel depicting the love between a Czech young man and a Jewish woman in 1942 Prague.) I assess the goals that state authorities hoped to achieve with these publications and the propaganda that accompanied them. 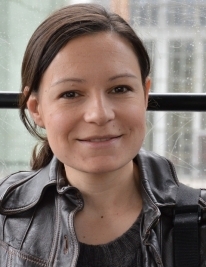