As Permanent Fellow, my research develops and changes from year to year, informed by my responsibilities as Professor of Cultural History and Museum Studies at Bard Graduate Center, New York City. My work on material culture addresses intersections among history, art history, anthropology, and philosophy. My principal scholarly concern is to mobilize non-written traces of the past to illuminate aspects of the lives of human actors that would otherwise remain obscure.

As well as writing historical case studies on topics ranging from seventeenth-century Dutch and Flemish paintings to Native American baskets, Congo textiles, and Tongan clubs, I work on the philosophical plane of second order questioning. While on the faculty at Cambridge University (1983-1991), I began a long-term collaboration with the late Salim Kemal to edit a ten-book series of multi-author volumes, Cambridge Studies in Philosophy and the Arts (1991-2000). At Harvard University (1991-2011), I collaborated for ten years with Laurel Thatcher Ulrich on a research, teaching, and exhibition project that culminated in the book Tangible Things: Making History with Objects (Oxford University Press, 2015). With Sarah Anne Carter, I am currently editing the Oxford Handbook of History and Material Culture, a project with thirty-three international contributors. I have organized numerous experimental exhibitions at Harvard University, and, from 2012, at Bard Graduate Center. I am the author, editor, or co-editor of fifteen books, most recently Paintings and the Past: Philosophy, History, Art (Routledge, 2019), and have contributed to numerous journals and edited volumes in history, art history, anthropology, and philosophy.

As a member of the Academic Advisory Board (Wissenschaftlicher Beirat) of the Lichtenberg-Kolleg, and of the Scientific Committee of the Academic Collections (Wissenschaftlicher Beirat der Zentralen Kustodie) of the University of Göttingen, I contribute to discussions concerning planning the strategic priorities of the Kolleg, and uses of the university's many collections. 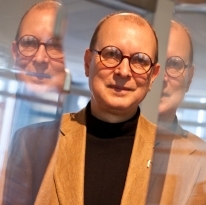