Project: Horizons of Comparison in Enlightened Sciences of State, 1700-1800

My research tackles the dynamic interplay between two leitmotifs of Enlightenment thought: improvement and comparison. Scholars have increasingly appreciated the challenge posed by new global knowledge to standing analytical patterns of society, politics, gender and the household in Europe from the late seventeenth century onwards (Carey, Harvey, Nussbaum, Muthu, Sebastiani). The test of global comparison assailed universalist arguments about the nature of man and society and became the new empirical standard for world historical speculation. While much attention has been paid to this dynamic in France, the Netherlands and Britain, the challenge of comparison has been less studied for other contexts of European Enlightenment. Additionally, the transnational disciplinary and institutional mechanisms in which comparison was channeled during the eighteenth century are in need of further elaboration.

While at Göttingen, I seek to substantiate two claims: 1) that German-speaking Europe was witness in the eighteenth century to a sustained comparative political analysis that attained global contours, and 2) that a common thread of Enlightenment thought stretching from the Iberian Atlantic to Russia was the practical comparison of political institutions between different societies. The goal of this project is to reveal concrete dimensions through which modeling emerged as an analytical framework for suggesting improvements (or providing exemplary warnings) in political, economic and social arenas over the eighteenth century. Two in particular will be addressed: the praxis of global comparison and the question of mobility.

Extensive archival research in Göttingen will track the reception, negotiation, reinterpretation and interchange of distinctive reputations of particular non-European orders (such as the Chinese and the Incas) within contemporary "sciences of state," emergent disciplines that had as their ambition the improved practice of statecraft (amongst these included Kameralwissenschaft, Polizeiwissenschaft, Staatswissenschaft, Statistik and Staatskunde) and which produced, like historical jurisprudence in Scotland and France, a pioneering comparative method that was global in scope.

I also will examine the use of comparative models in eighteenth-century responses to the specter of depopulation, which haunted contemporary thinkers in spite of being empirically ungrounded. While nearly all thinkers identified natural increase as the ideal solution for this imagined problem, wide-scale immigration was also widely engaged with as an alternative means of boosting the population. I seek to identify what discussants of immigration from Portugal and Spain to Germany and Sweden found recommendable or questionable about it as an element of state policy; what opportunities, challenges and public futures they identified as contained in wide-scale mobility.

Prior to coming to the Lichtenberg-Kolleg, I served as a Marie Skłodowska-Curie Experienced Researcher at the UNAM and the University of Potsdam from 2014-15 as part of the transatlantic MSC 'Worldbridges: Philosophy of history and globalisation of knowledge' (FP7-PEOPLE-2013-IRSES: 612644). I also held a Herzog Ernst Postdoctoral Research Fellowship at the University of Erfurt's Gotha Research Centre in 2014. I defended my doctoral dissertation in February 2014 at the University of Potsdam, where I was as a Marie Curie Early Stage Researcher in the MC training network 'Englobe: Enlightenment and global history' (FP7-PEOPLE-ITN-2008: 238285) from 2010-13. I took an M.St in History at Oxford University in 2009 and a BA in History at Durham University in 2008 after a highly mobile upbringing stretching across the Pacific to the US South. 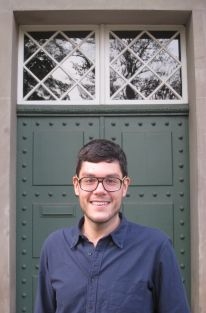