This project examines the range of ideas encapsulated by "liberty" and "freedom" in five cities across the early modern British world. Local differences have tended to be obscured in scholarship on these ideas during the period, and the project will recapture their meanings within (and shared/disputed between) Bristol, Glasgow, Cork, New York, and Hannover. It does so by analysing four key types of liberty: political, individual, religious, and economic. It highlights the importance of localities in shaping discourses of freedom, especially by showing that contributions to wider debates on liberty were moulded by local cultures, concerns, politics, people, and spaces.

I work on the intersection between culture, society, and ideas in the British world of the long eighteenth century (c.1660-c.1840). My doctoral research and forthcoming book explore the development of ideas about difference and the body that produced and/or influenced categories of identity that are enormously important in the modern world: race and sex. My postdoctoral research deals with another big idea - freedom - and how contested and multiple were its meanings in the early modern British Atlantic world.


2010-2013
University of Edinburgh
School of History, Classics, and Archaeology


2005-2009
University of Oxford
Faculty of History and Merton College 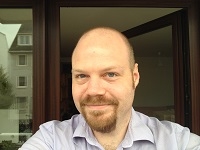