There is considerable variation in the language skills of young children even early on in development - while some two-year-olds can produce as many as 400 words, others can barely say a handful of words. This variation is typically explained by resorting to differences in the kind of input that children receive from their parents - that children whose parents talk more and talk better learn words faster. Through a series of eye tracking and ERP studies, this project examines how differences in the quality of the input that children receive interacts with differences in children’s intrinsic and social motivation to learn language to affect critical developmental milestones.

In both spoken and sign languages, gestures play an important role in face-to-face communication. Manual and non-manual gestures are used to mark sentence types and speech acts, to realize information structure and to indicate turns, among many other functions. In addition, they are frequently used in role shift to report actions and emotions of speakers and signers. The comparative analysis of the use of gestures in both modalities provides a unique opportunity to study the impact of modality on the interaction of gesture and the linguistic system. As opposed to spoken languages, sign languages use the same modality as gestures. Therefore, we expect quantitative and qualitative differences in the interaction of gesture and language in the two modalities. In this project, we want to focus on various kinds of pragmatic gestures and their interaction with the linguistic system of sign and spoken languages. Empirically, the PhD candidate will combine corpus studies with various empirical methods (controlled data elicitation, event-related potentials). Theoretically, recently developed models of the interaction between gestures and spoken and sign languages at various levels of the linguistic system shall be evaluated and modified.

Humans use a wide range of means to express their emotions, both in the verbal and the non-verbal domain (facial, bodily, or vocal cues and signals). Although there is evidence that emotion recognition is facilitated the more channels are provided, it is yet unsolved under which boundary conditions receivers integrate all of these cues. Within this project, we want to investigate the processing of multi-modal emotion information in simulated situations of dyadic communication. We aim to specify the relative relevance of emotion cues (facial, prosodic) that are transmitted through different sensory channels (visual, auditory) and their impact on emotion decoding and subsequent information processing. A multi-measure approach will be used to obtain data on individuals' performance, event-related brain potentials, and peripheral physiological indicators.

Hormonal changes across the human female ovulatory cycle have been found to affect motivational priorities in social and non-social domains, including sexual desire, interest in kin, and desire for food. Among women in romantic relationships, attraction to and sexual interest in extra-pair men seem to be especially prone to shift across the ovulatory cycle, posing the question whether male partners monitor and react to these extra-pair tendencies. Evidence so far is mixed. This project aims to conduct a large, preregistered online diary study on dyadic empathic accuracy with heterosexual romantic couples. It will assess the mentioned and other related motivational priorities and associated personality states, as well as the partner’s awareness and reactions to them, on a daily base. Couples with hormonally contracepting women will be used as a quasi-control group. This way we aim to replicate and extend the list of hormone-linked motivational priority shifts in women, and test whether couples are empathic and reactive to each other’s motivational priorities. An established framework for implementing the dyadic online diary design will be provided. The PhD candidate will utilize state and trait personality assessments, multilevel modelling and endocrinological analyses.

Male dispersal decisions involve when to leave a group, whether to move alone or in a team, and whom to join in a new group. All of these decisions may be affected among other factors by the genetic and social ties males have in their current group, to potential co-dispersers, and in their target group. The project combines field work at our field station Phu Khieo in Thailand to quantify social relationship strength among male Assamese macaques of all ages with genetic lab work on the relatedness between males during primary and secondary dispersal to assess how males influence their social niche by their dispersal decisions.

Protracted development including an extended juvenile phase distinguishes primates from other mammals. Still, our knowledge of social and physiological changes from infancy to adulthood in wild nonhuman primates is restricted. We are particularly interested in the social development of the dispersing sex, as they face the difficult decision of whom to bond and potentially to disperse to another social group with. Assamese macaque adult males disperse from their natal group and may continue to do so throughout their life time, yet form and maintain long-lasting cooperative social bonds to other males that are predictive of rank and reproductive success. In this project, we will investigate how relatedness and familiarity structure juvenile male sociality, how social ties develop across age and whether access to social support buffers individuals from physiological stress response. The PhD candidate will have the opportunity to conduct field work on wild Assamese macaques at our long-term field site at Phu Khieo Wildlife Sanctuary in Thailand. Apart from field work the project has a strong lab component which will be conducted at the Endocrinology and Primate Genetics labs of the German Primate Center.

Recent theoretical considerations under the umbrella of the "Social Brain hypothesis" suggest that life in fission-fusion societies is cognitively particularly demanding. Alternatively, strong competition may be a more important driver than social complexity. With this project, we aim to contribute to this debate by studying the social knowledge of free-ranging, individually identified Guinea baboons, which live in a complex multi-level society with high degrees of tolerance. The PhD candidate will have the opportunity to conduct behavioral observations and playback experiments at our long-term field site in Simenti, Senegal. Additionally, comparative data from other baboon taxa are available allowing for an integration of study result into the broader context. 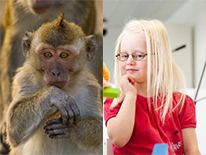 Arriving at general conclusions regarding one's conspecifics on the basis of sparse and noisy data is one of the big challenges of social inductive learning. Recent developmental work has shown that social inferences and selective learning emerge in the preschool years, but the cognitive foundations and relations to other cognitive capacities (in particular, nascent intuitive-statistical reasoning and learning) are unclear. Recent comparative work found that intuitive statistics are present in nonhuman primates, but nothing remotely comparable to the systematic selective learning found in human children has been documented so far. Building on previous work, we aim to investigate the mechanisms underlying selective social learning and intuitive statistics in more detail. For this purpose, the PhD candidate will have the opportunity to carry out direct comparative analyses of children's and monkey's cognitive performances by conducting experiments at the German Primate center with a group of long-tailed macaques and at the "Kindsköpfe" lab. 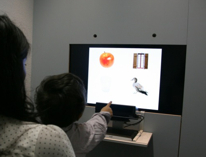 Human learning and development are characterized by the cultural transmission of knowledge: Most of what we know we have learned from others. However, given that not all potential source of information are equally good, novice learners need to monitor whom to learn from. Recent research has shown that children aged four or younger are indeed selective in their social learning, but the cognitive and motivational underpinnings of these processes and children’s role as active learners and information seekers are not yet well understood. To explore this, the PhD candidate will conduct studies with young children, with the possibility of using eye-tracking based methods as well as more interactive behavioral methods.

Social belief revision in the form of advice-taking is well studied in adult social psychology. Adults do take others' advice systematically and selectively, but are far from behaving optimally. The development of selective belief formation (selective trust and learning) has been intensively investigated in recent years, yet its cognitive basis remains unclear. In addition, basically nothing is known to date about the development of selective belief revision in children. With this project, we would like to systematically investigate the ontogenetic roots of advice-taking by adapting novel variants of standard judge-adviser paradigms for the use with children. For this purpose, the PhD candidate will conduct experiments in our well established child lab (Göttinger Kindsköpfe"). In addition, the development of novel advice-taking tasks for children may lay the foundation for subsequent comparative studies of social belief revision in human and non-human primates.

Research on emergence of leadership seeks to identify the factors that determine who will become leader in a group. A key idea of the present project is that variables that decide about whether or not a particular group member will attempt to lead a group (i.e., leadership initiative) need not be identical with those variables that affect the success of such attempts (i.e., followership). With this project, we aim to determine the influence of individual difference variables as well as behavioral styles on leadership initiative, on the one hand, and followership, on the other hand, in interactive group settings. In the forthcoming cohort, the PhD candidate will focus on how fundamental dimensions of leadership behavior as, for example, consideration and initiating structure, affect the success of leadership initiative and the choice of leaders in interacting groups in the lab.

Dispersal patterns have profound sex-specific effects on social relationships. In female-bonded societies, females remain in their natal groups and predominantly affiliate with their kin. Thus, female juveniles mostly interact with close relatives, while males spend time with peers until they disperse. Much less is known about the social life of juveniles in female-dispersing species: up to which age would youngsters follow their mothers, and when do they stay behind? How does female dispersal affect the sexes differentially? In this project, the candidate will study the social interaction of juvenile Guinea baboons at our field site Simenti in Senegal, and assess the population genetic consequences of differing dispersal strategies using modelling approaches. 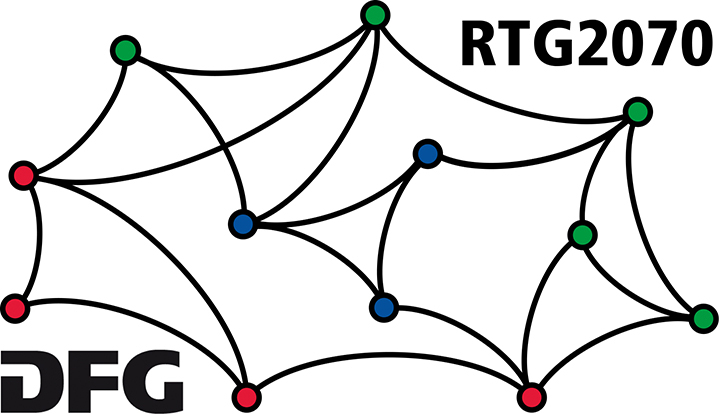