Mollusc shells are valued not only for their aesthetic beauty, but for the challenge they provide to scientists to understand how these bio-mineral composites are formed. Of all the molluscan shells, gastropod shells are especially noted for the variation in pigmentation they can display. Surprisingly, next to nothing is known about how these patterns and colours are produced. During my PhD I will attempt to identify and characterise some of the molecular mechanisms involved in generating this diversity.

One aspect of my project will employ transcriptome data and digital gene expression profiling to identify genes responsible for generating variation in pigmented bands in the shell of the terrestrial pulmonate gastropod Cepaea nemoralis. In this species distinct banding patterns and shell ground colours appear to be genetically fixed and heritable. Through the use of in situ hybridisation, visualisation of differentially expressed candidate genes will allow me to directly compare and correlate their spatial expression patterns with pigmentation patterns in the shell.

Another aspect of my project will focus on an evolutionary characterisation of a previously identified molluscan shell pigmentation gene. In the marine gastropod Haliotis asinina a protein has been identified that is known to bind blue and red pigments. The spatial expression pattern of the gene coding for this protein correlates perfectly with pigmentation patterns in the juvenile shell. I will investigate the spatial expression patterns of this gene in another vetigastropod (Gibbula adriatica) that shows a black, white and brown pattern but lacks the brilliant red and blue pigmentation present in the abalone.

Knowledge gained from these lines of investigation will provide insight into the evolutionary history and molecular mechanisms responsible for generating one of nature's most iconic and beautiful structures. 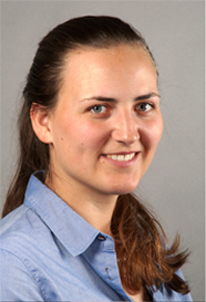