Across the Metazoa insulin signaling plays important roles in a variety of cellular processes. The central nervous system of adult hermaphroditic pond snails, Lymnaea stagnalis, releases molluscan insulin-related peptides (MIPs), which regulate body growth, shell formation and associated metabolic processes. However, nothing is yet known about the function of these peptides during L. stagnalis development.

During my diploma thesis I aim to characterise the spatial and temporal expression patterns of several MIPs and the insulin receptor during development of L. stagnalis. I also hope to analyse their function by means of knock-down assays and/or ectopic delivery of recombinant proteins. This work will contribute to a greater understanding of the evolution of this vital signaling pathway, and the role that it plays during the development of one of the most understudied clades of animals on the planet, the lophotrochozoa. 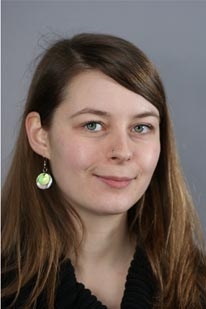