Arun Kumar was a doctoral candidate in Medieval and Modern History at CeMIS from April 2013 until September 2017. Arun's PhD thesis "Learning to Dream: Education, Aspiration, and Working Lives in Colonial India (1880s-1940s)" was completed under the supervision of CeMIS Professor Rupa Viswanath and Professor Neeladri Bhattacharya (JNU, New Delhi) as part of the Transnational Research Group on "Poverty and Education in Modern India", German Historical Institute London.

Arun received his M.A. in History from Department of History, University of Delhi with an affiliation to St. Stephen’s College. He was awarded the Lala Ram Mohan Prize in 2013 in the 90th Delhi University convocation for scoring the highest marks and as the best student in the subject of history in his master’s degree programme. Prior to that, he graduated with a BA (Hon) degree in History from Delhi College of Arts and Commerce, University of Delhi.

In 2019, Arun joined the University of Nottingham as an Assistant Professor in Modern British Imperial, Colonial, and Post-Colonial History.

His research interests include educational and labour histories in colonial South Asia with a focus on the education of the ‘labouring poor’,the global circulation and transformation of ideas, practices, and institutions, everyday restructuring of caste and class hierarchies, subaltern literary culture, the labour market and skills, and an environmental history of the working class.

Course on modern Indian History and Environmental History for BA (Hon) History at Delhi College of Arts and Commerce, University of Delhi (2012-2013) 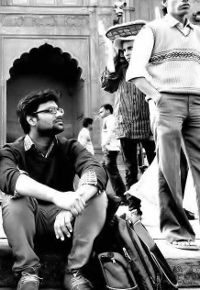