I am an interdisciplinary scholar working at the nexus of brain, mind, and culture. As a fellow in the Lichtenberg-Kolleg's research group on primate cognition, I research the essentially symbolic nature of human thought and its collective, cultural representation in order to investigate how such mental and cultural processes are represented by the brain.

To begin to tie together these three levels of analysis—the biological, the psychological, and the collective—my current project explores the intricacies and implications of studying such interrelated processes in time. On the one hand, time is an eminently empirical reality; to paraphrase Marc Bloch, the irreversible onward rush of time is the very plasma in which human thought and events take shape. On the other hand, time can be seen as a concept, the scientific understanding and application of which has varied across periods and disciplines. Thus, my present project aims to provide both biological science and humanistic social science with a cohesive temporal framework in which culture, the mind, and its neuropsychological underpinnings can be studied conjunctively.

In addition to my work on time, I am interested in comparative animal psychology, cultural anthropology, and foundational and methodological comparisons among different scientific disciplines (e.g. physics, biology, and humanistic social science). 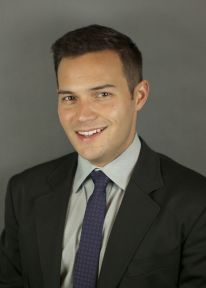