Interested in methods of solving and refining crystal structures (both small molecules and proteins) and in structural chemistry.
Holy Grail: the Crystallographic Phase Problem. If only there was an easy way of measuring the phases of X-ray reflections as well as their intensities, crystal structures could be determined directly. At resolutions of better than about 2.5A, there are more measured intensities than atomic coordinates, so the problem is overdetermined and there should be a solution. Recently we were able to increse the size of structures that can be solved from the intensity data alone by "ab initio direct methods" from about 200 to 1000 unique atoms, given data to "atomic resolution", but most interesting macromolecular structures are still out of the reach of such methods. Indirctly however the same techniques are proving very useful for the solution of large macromolecular structures when a little starting phase information is available, e.g. by incorporating heavy atoms into the crystal. 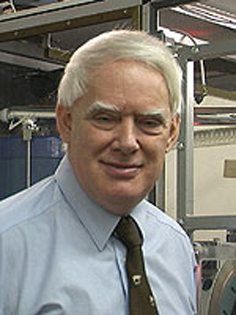