The neurocranium is subdivided into the frontal, occipital, paired parietal, temporal and sphenoidal bones. In addition to the normal anatomy of the skull, accessory bones between cranial sutures were found in approximately 8-15% of the healthy population. Those additional bones are described synonymously as intrasutural bones, accessory bones and Wormian bones after their first describer Olaus Wormius (1588 - 1654) in referring literature. Since the first description of Wormian bones in 1643, the question of their etiology and pathogenesis has been raised. Both, genetic and environmental causes have been investigated without reaching scientific consensus.

My master thesis aims to identify the potential factors promoting the development of Wormian bones. A series from the 14th to the 18th century is examined both metrical and morphological. The skeletal remains were found in the 1970s in an ossuary under the church of Laas (Saxony). By various methods the skulls will be metrically examined and scored for the presence of Wormian bones and other anomalies such as Craniosynostosis, persistent Sutura metopica or Sutura mendosa.

In addition to theories that have already been elaborated, two new hypotheses will be tested. First, the extent to which trauma influences the development of Wormian bones and, second, whether asymmetry favors the additional bone growth. Using an outcome open approach, correlations of distinct variables will be investigated to identify potential underlying causalities. For the investigation on the asymmetry a pediatric method was adapted, which provides information about the extent of deviation. Furthermore, the collected data are evaluated in groups based on scientifically established factors such as the clinically significant number of Wormian bones. This will serve to differentiate between pathological characteristic and Wormian bones as anatomical variation. 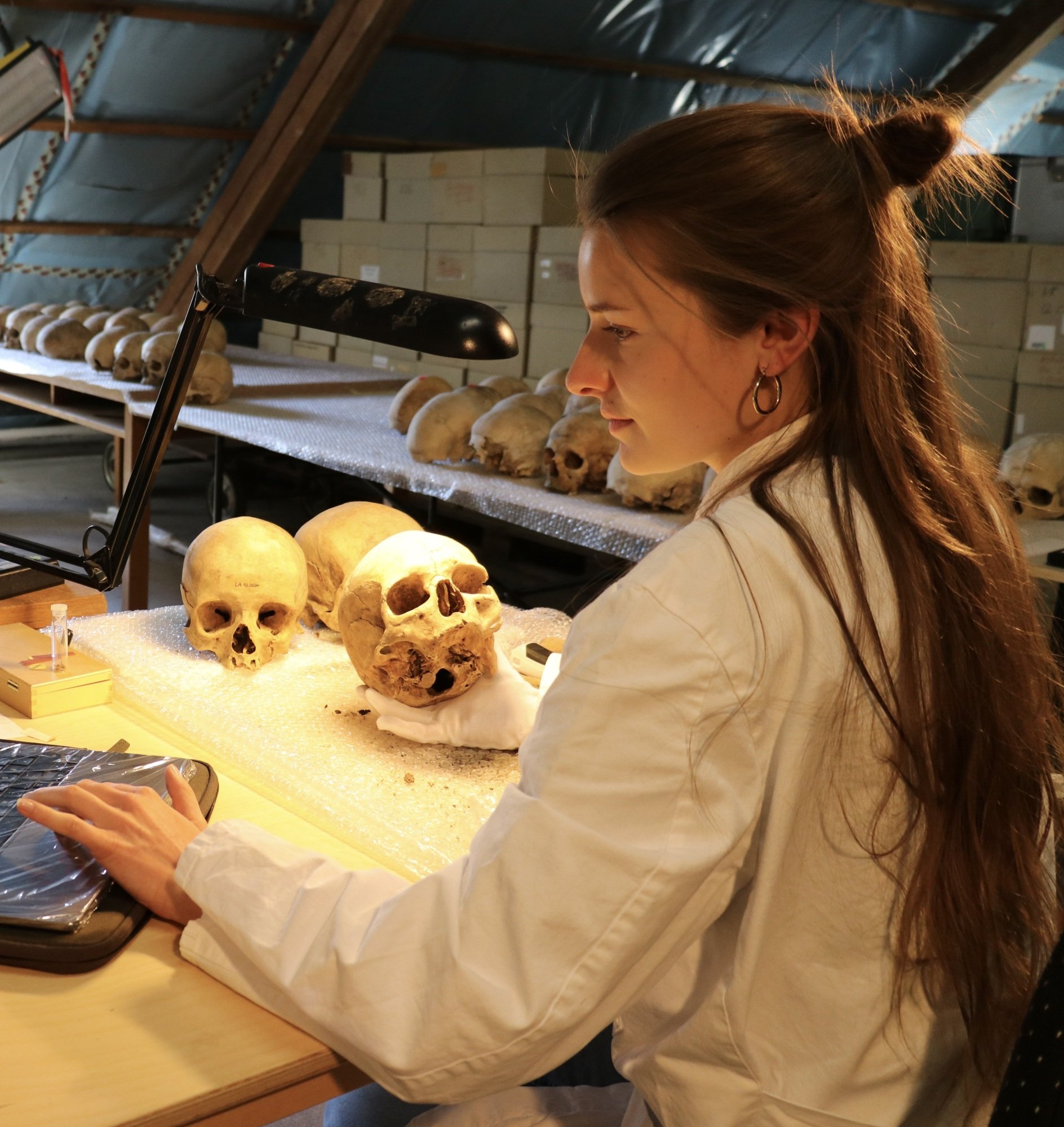