The Royal University Observatory was built from 1803 to 1816 according to the plans developed by Göttingen university master builder Georg Heinrich Borheck (1751–1834). The building was clearly distinguishable from similar buildings of the time by its architecture which was designed to meet highest scientific standards. For the first time innovative elements were included that greatly enhanced the beauty and usefulness of the observatory. These were vibration-proof installation of instruments and other features that promoted the effective conduction of observations. These measures were implemented in spite of conflicting economic interests.

Between 1816 and 1855, the Göttingen University Observatory was place of work and residence of the scholar Carl Friedrich Gauss. The Observatory – at the time located on the outskirts of Göttingen where it offered a clear view of the sky and distant objects– was supposed to become a modern research institute and offer the freedom for research. The university still owns some of the original instruments of Gauss‘ time (Collection “Observatory”).

The two Meridian Halls were of particular significance. In them, Gauss had meridian circles installed in 1818 (eastern hall) and 1819 (western hall) to be able to determine stellar coordinates and thus achieve exact measurement of space and time, amongst other things. The two meridian circles by Repsold and Reichenbach were the main instruments used for astronomical angular measurement well into the 20th century.

After Gauss’s death, Wilhelm Weber and Peter Lejeune-Dirichlet became provisional directors of the observatory, but neither of them was an astronomer. After Dirichlet’s death, Gauss’s former assistant Wilhelm Klinkerfues became the co-director alongside Weber.
In 1868 the astronomy and geomagnetics research instututions were split up into a theoretical and a practical section. The former was directed by Ernst Schering and became the “Institute for Geophysics” in 1898, which was relocated to the Hainberg hill. The latter was directed by Wilhelm Schur after Klinkerfues’s death; with Karl Schwarzschild’s appointment as director in 1901, a period of internationally acknowledged top-level research in astrophysics at the observatory commenced.
The subsequent directors were Johannes Hartmann, Hans Kienle, Paul ten Bruggencate, Hans-Heinrich Voigt, Rudolf Kippenhahn, Klaus Fricke, Klaus Beuermann, and finally Stefan Dreizler. In 2005 the Institute for Astrophysics was moved to the new building of the Faculty of Physics at the natural sciences campus.

The University of Göttingen has recently renovated the Historical Observatory according to the original plans. The reconstruction which was directed by the building management department was completed in October 2008 after one-and-a-half years of work. Wherever it was possible to do so, the structures were restored to the state they were in after the first major modification in 1886. The dome of 1886/87 was completely renovated. It is now a masterpiece of museum-like quality and an impressive example of past research at the Historical Observatory.

The freedom for research that the Historical Observatory contributed to the astrophysical achievements of the scholar Gauss and his successors can now be enjoyed by the Lichtenberg-Kolleg fellows and associates in pursuit of their research projects in the humanities and social sciences. 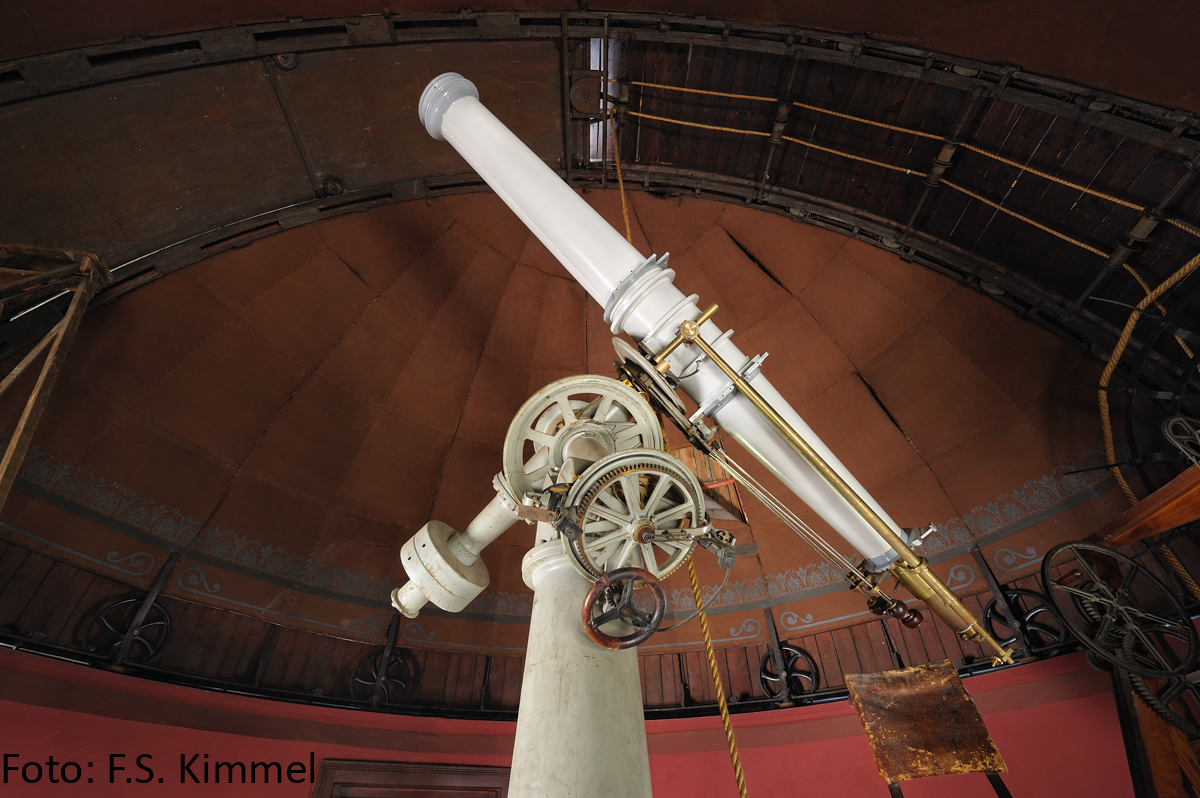