Seventy years after the end of the Second World War our knowledge about the war and the Holocaust is based upon a wide variety of sources and a rich range of historiographies. Amongst the first sources to be published, and quickly acquiring a rather unique status, were the diary notes of Anne Frank. Around the world many children and teenagers have read and are still reading editions of Anne´s diaries – either at school or in private. In the biography of many readers as well as in national commemorative cultures the engagement with the war and the Holocaust began with the diary of Anne Frank. It became a symbol.

Meanwhile Anne Frank’s notes have been aligned with a wide range of moral debates – on refugees, on asylum, on human rights. From a historian’s perspective this is not without problems. Historical dimensions such as the particular political circumstances of the persecution of Jews in the Netherlands, Anne Frank’s family history in Germany, her emigration, which she shared with many German Jews, the situation of other teenagers persecuted by the National Socialists – to mention only a few dimensions – have played a somewhat secondary role in the worldwide reception of the diaries. Moreover, over the decades countless publications, oral histories and autobiographies relating to the Holocaust have become available, enabling us to read and study Anne Frank’s diaries in the context of these sources.
So far much research has focused on important issues such as the authenticity of the diaries – a key topic of the debates of the 1970s and 1980s, on aspects of Anne Frank’s family history and on the issue of who was responsible for the betrayal of the inhabitants of the Secret Annex.

Our new project aims to open up a range of additional and new perspectives, exploring the history of Anne Frank and her diaries within the framework of more comparative European, if not global cultural, intellectual, literary and political history.

Applicants for the Mellon Foundation/Volkswagenstiftung Fellowships are kindly asked to send their inquiries to lichtenbergkolleg@zvw.uni-goettingen.de.


Participating scholars at the Göttingen Campus: 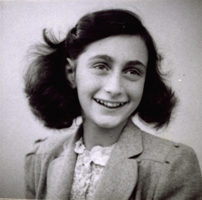