I am interested in the palaeoecology and systematics of Phanerozic fungi, with a special focus on ascomycetes. Members of this group exhibit a tremendous variety of lifestyles and morphologies, ranging from single celled individuals to huge multi-cellular colonies. Ascomycetes are important degraders and they play a significant role in nutrient cycles of present ecosystems. Many ascomycetes live in symbiotic association, of which some such as mycorrhizae or lichens, are extremely successful. In particular mycorrhizae, which are associations between fungi and vascular plant roots, are abundant and ubiquitous in terrestrial ecosystems.

One particular focus of my work is the study of amber-preserved fossil ascomycetes in order to elucidate their palaeoecology. In comparison with organisms that possess robust tissues, there is only a rare fossil record of soft bodied organisms such as fungi since hyphae and fruiting bodies are very delicate and easily degradable. Besides chert, amber is a main source of well-preserved fossil ascomycetes. Due to the exceptional preservation of fungi inside fossil resins, minute diagnostic features are often accessible, allowing a characterization and direct comparison of the fossil fungi to extant taxa. 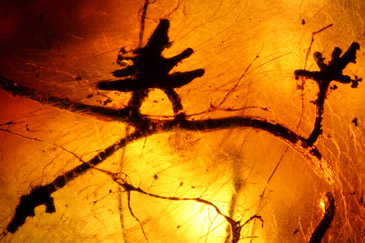 Ectomycorrhiza in Eocene amber from India.

Apart from description and palaeoecological interpretation, amber preserved fungi are especially suitable for molecular clock approaches. This is mainly due to the extraordinary preservation which allows fossil specimens to be very precisely assigned to particular nodes in phylogenetic trees. In this way phylogenetic trees can be calibrated with great accuracy.

Additionally, I am interested in the (palaeo-) ecology of resin-associated ascomycetes. Several ascomycete species, such as Chaenothecopsis, are able to colonize liquid and solidified resin flows. Species of this genus may exhibit an extreme habitat-specificity and probably use compounds of the resins as a nutrient source. 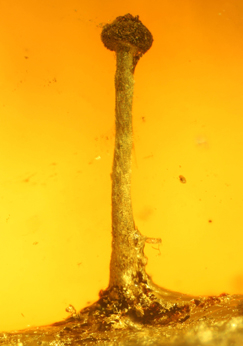 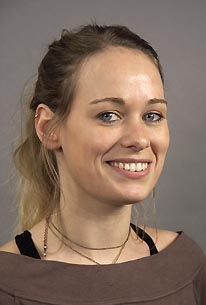