The Institute and the chair of Soil Science were established after splitting the former Institute of Plant Nutrition and Soil Science in two separated chairs. This was fulfilled when the new buildings were ready to house them in 1965. The former Director, Prof. Dr. F. Scheffer (first President of the German Society of Soil Sciences), took over until 1968 the Institute, his sucessor Prof. Dr. Brunk Meyer retired in September 1997. Prof Meyer passed away 1. September 2005.

Until 1973 the Institute was responsible for the basic teaching in chemistry for the szudents in agriculture and natural sciences. With erecting another new building, this duty was overgiven to Prof. Dr. W. Ziechmann. Since 1990 the Faculty of Chemistry is obliged to teach the students in agricultural chemistry. The head of this department is now Prof. Dr. L. Fietjer. Meanwhile (2005) this division has been closed and the building has been transformed into an administrative building under the reign of President Prof. von Figura.

During the seventies, the Institute was enlarged with staff and equipment. This offered the possibility to create a kind of Institute as the International Society of Soil Sciences and the Deutschen Bodenkundlichen Gesellschaft are organized. Chemistry, mineralogy, soil genetics, soil physics etc. were the sub-branches, including areas as ecological aspects of soils, soil biology, soil-geography. Since four years, under the pressure of the financial shortcuts of the government of Lower Saxony, the Institute concentrates its research efforts as you might see in the publications list of the staff members.

In the former years, the research and teaching of land rehabilitation and landscape caring was in the hands of Prof. Dr. Herbert Kuntze, Prasident of the German Society of Soil Sciences until 1991. He directed until 1994 the Soil research Center of Lower Saxony in the town of Bremen, reponsible for soil and land rehabilitaion in the area of raised bogs and marchy lands in the north-western part of Germany. In the near future, the new established chair of landscape-caring and land-use system at the Faculty opf Agriculture will cover this area.

The research activities of the Institute have been mostly focused on the qualification of the graduated students and foreign fellows to match their needs in jobs of the research branch, in the environmental field, and in the engineering sector. This offers the possibilites, beside a basic research in natural sciences as soil genetics or soil physics, a certain flexibility to steer the research on actual scientific problems in the soil sciences. In the last few years this have been questions like soil working, no-tillage or low-tillages systems or questions of the environment, the humid zones or the tropical and subtropical zones.

Recent research is focused on the soil-hydrology and water-catchment-hydrology with the transport, cycling and exchange of nutrients as well as the anthropogenic influence. For this reason, several water-ctachment areas have been analyzed on different soil families, with differing agricultural land-use systems and infrastuctura influences. The nitrogen-balance was one of the main indicators. For direct measurements, a lysimeter station was built on the ground of the institute. 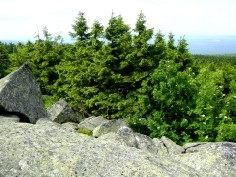