The Eurasian lynx (Lynx lynx) had almost completely disappeared from Germany in the 18th and 19th century due to various negative anthropogenic influences. Supported by conservation projects, however, the species returned to the German cultural landscape over the last years. In addition to the established resettlement areas in the Harz Mountains and the Bavarian Forest, for the recent five years also the area of Northern Hesse has been showing signs of a stable, independently reproducing population. In this region, the first Germany-wide (sub-)population has established itself, which neither has been initiated and facilitated by the direct action of humans nor is located in the immediate vicinity of a resettlement area. Due to their geographical location, these lynxes are of outstanding importance for linking yet isolated populations and thus for the conservation and dispersal of the species in Germany.

The project aims to estimate the long-term stability of the North-Hessian lynx population and derive possible management recommendations by means of continuous monitoring and public relations activities. Against this background, the study investigates the lynx in Northern Hesse and its possible dispersal-trends via camera-traps (automatic cameras). Furthermore, different methods for the non-invasive sampling of genetic material are systematically applied and examined. The samples obtained serve to assess the genetic variability of the North-Hessian population and form the basis for a reconstruction of possible dispersal-routes. In addition, methods of quantitative social research will be applied to evaluate the acceptance of the lynx by different stakeholders in the study area. The results will be compared to a recently conducted similar study in the Bavarian Forest in order to assess human attitude towards the species on a trans-regional level. This allows to evaluate the role of the human population as a prerequisite for the successful dispersal of lynx and other large carnivores in Germany. 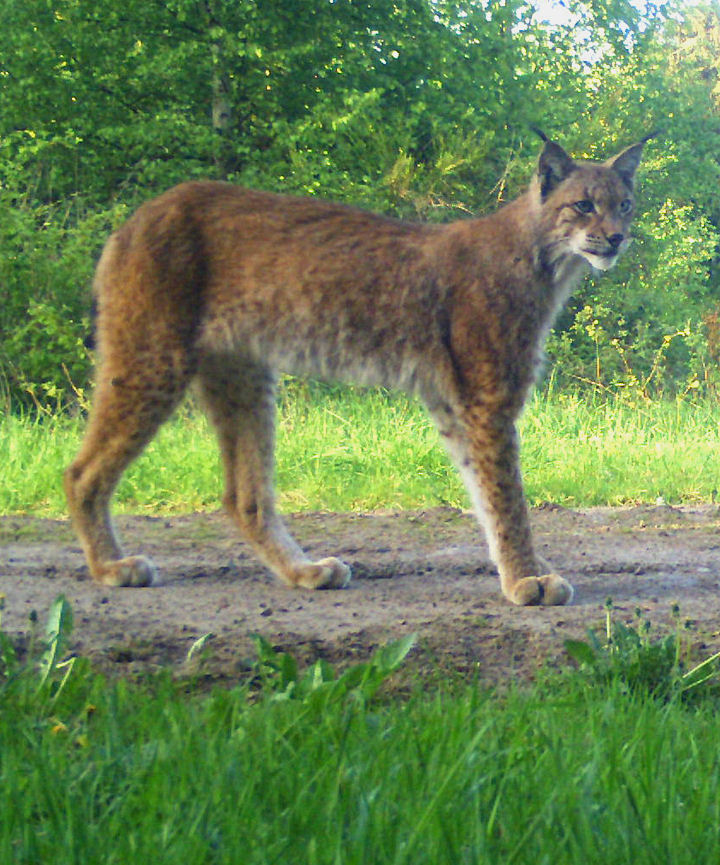