Abstract
In the context of the roof experiments of Focus 3, this subproject investigates the effects of moderate and severe droughts on biomass, vitality (as indicated by non-structural carbohydrate content) and activity of fine root roots of selected tree species in the natural forest and the cacao agroforest systems. With 15N-tracer experiments and root miniature sap flow gauges we test the hypotheses that a) plant nutrient uptake is more sensitive to drought than is water uptake, and b) cavitation in fine roots (in contrast to cavitation in twigs) is not a major factor impairing water transport in tropical trees during drought.

Summary
1. Droughts and associated fires are increasingly recognized as a significant component of tropical rainforests not only in semi-dry, but also in moist environments. For a large part of the tropics, climate change scenarios predict a warming of 1.5 – 2.5 °C, and an increase in dry season length in the Southeast Asian rainforest region. To predict climate-change induced alterations in structure, species composition and productivity of rainforests, we need an experimental approach which enables us to understand the effects of drought stress on the most important tree species.

2. Roots play a crucial role in determining the tree response to drought. However, root vitality and growth, and functional aspects of water uptake and conductance by fine and coarse root systems are probably the most poorly studied area of plant response to drought. There is very little known about root system patterns, root hydraulics and root water and nutrient uptake in tropical forest species. More attention has been paid to the root systems of tropical agroforest systems and crop plants.

3. Plants with high root/shoot ratios often survive better under drought. We hypothesize that the drought sensitivity of trees and tree crops may depend, besides other factors, on four characteristics which are related to root system size and function: the capability (a) to establish abundant fine roots in deep soil horizons, (b) to maintain root growth under moderate drought and to rapidly restore root growth after rewetting, (c) to significantly redistribute water by hydraulic lift for maintaining root nutrient absorption, and (d) to rapidly repair xylem-dysfunction caused by embolism in fine roots. Although much evidence points to the principal importance of root function for tree survival during drought, there are no detailed studies linking drought survivorship of tropical trees to specific traits of root system morphology and function.

4. The subproject C4 investigates distribution patterns, physiological activity and drought sensitivity of tree fine roots in response to experimentally applied mild and severe drought stress. We compare trees of the natural forest with a planted cacao agroforest system with respect to vertical distribution of fine roots, analyse the fine roots’ in situ activity in terms of water and nitrogen uptake before, during and after the drought periods, and investigate root cavitation and embolism repair as possible limitations for water transport in the drought-affected trees. The project is part of STORMA’s focus 3.

5. We have formulated the following guiding hypotheses:
(a) Cacao agroforest trees have more shallow root systems and thus are more sensitive to ENSO droughts than are natural forest trees. Deep-rooting natural forest trees operate two fine root types with rather different functions, i.e. mainly nutrient-absorbing surface roots and mainly water-absorbing
deep roots.
(c) Drought periods lead to a downward shift of water uptake in the soil profile which follows the progressive lowering of root water potentials in lower horizons.
(d) Plant nutrient uptake is more sensitive to drought than is water uptake because roots in the upper soil are hit first.
(e) Superficially orientated roots reduce their water uptake rate due to low soil hydraulic conductivities but not due to root xylem embolism.
(f) Roots of natural forest and agroforest trees vary greatly in their drought sensitivity which depends on wood density in stems and large roots.

6. To test these hypotheses, we will conducted the following research tasks in the context of the planned Sulawesi Throughfall Displacement Experiment in the natural forest and the cacao agroforest system (Focus 3):
(i) to analyse and contrast the vertical distribution patterns of two functionally different root types (fine roots < 2 mm, coarse roots 2
7. Principal methods include fine root inventories before, during and after drought, measurements of relative N uptake capacity by 15N tracer studies, in situ measurements of root water uptake by miniature sap flow gauges, assessments of root vitality via determination of mobile carbohydrates and of the risk of cavitation in roots.

8. The project will deliver data on fine and coarse root distribution to B4, B7 (which study water uptake and transport), B6 (soil CO2 fluxes), B5 (soil C and N dynamics) and C5 (mycorrhizal diversity). C4 will obtain data from B4 (soil moisture data for explaining root distribution and activity), B7 (isotope study on rooting depth), C5 (mycorrhizal status of the roots), B5 (soil chemical status), B6 (CO2 fluxes may correlate with root activity), C2 (tree species identification) and B1 (local climate in Toro). In addition, the requested postdoc position will coordinate the installation and the operation of the roofs, and will plan and supervise the spatial and temporal organization of the work plans of all subprojects working on the roof plots. 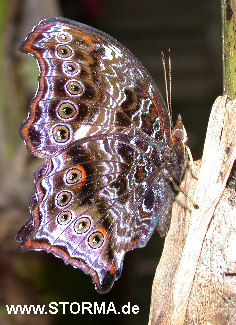