Professor of Sociology at the Martin Luther University of Halle-Wittenberg

Reinhard Kreckel, born in 1940, studied sociology, history and philosophy at the Universities of West-Berlin, Paris-Sorbonne, Aix-en-Provence and Munich. Since 2006 he is professor emeritus of sociology at the University of Halle-Wittenberg. Until 2010 he was director of the Institute of Higher Education Research (HoF) in Wittenberg where he is now a professorial fellow. He held previous academic appointments at the Universities of Munich, Aberdeen (Scot¬land) and Erlangen-Nuremberg, and he served as visiting professor at the New School for Social Research, New York, at Dalhousie University, Halifax, at the Institut d’Études Politiques, Paris, and at the Institute for Advanced Studies, Vienna.

Between 1996 and 2000, Reinhard Kreckel was the elected Rector (Vice-Chancellor) of the University of Halle-Wittenberg and President of the Rectors’ Conference of Saxony-Anhalt.

Currently, he is an active member of the Research Group “Mechanisms of Elite Formation in the German System of Education” funded by the German Research Council (DFG – FOR 1612) and of the Graduate School “Education and Inequality” funded by the Hans Böckler Foundation, both at the University of Halle-Wittenberg.


When it comes to explaining the shortage of women in high academic positions, two commonplace metaphors are still very much in use: The notion of the glass ceiling, an invisible barrier blocking the access of women to top jobs, was launched in 1986 by Wall Street Journal. The metaphor of the leaky pipeline implying a steady loss of women on the academic career path seems to have made its first public appearance in the prestigious Journal “Science” in 1993. However, it will be shown that the situation has conspicuously changed since then. Therefore the question will have to be addressed whether we are witnessing a process where, slowly but surely, gender discrimination is disappearing, or whether new conceptual tools are required for a more adequate understanding of what is going on. 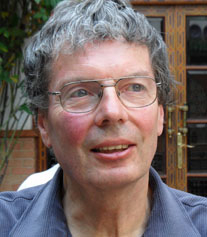