Royal Society Research Professor and Dr. Lee’s Professor Elect in the department of Chemistry at the University of Oxford, UK


Carol Robinson is a Royal Society Research Professor, Doctor Lee’s Professor Elect at the University of Oxford and a Dame Commander of the Order of the British Empire.

Carol was a graduate student at Churchill College, Cambridge from 1980 -1982, completing her PhD in two years. Following an eight-year career break to begin raising her three children, she returned to research at Oxford, later becoming a titular professor in 1999.

In 2001 she returned to Cambridge to continue her research into mass spectrometry and was elected a Professorial Fellow at Churchill College, a Fellow of the Royal Society in 2004, and a Royal Society Research Professor in 2006. In 2009 she was elected Doctor Lee’s Professor at the University of Oxford and in 2013 was awarded the title of Dame Commander of the Order of the British Empire.

Mass spectrometry, long the tool of the analytical chemist, can be considered as a very sophisticated balance. In this lecture I will chart the history of this development from the earliest mass spectrometers designed in Cambridge to measure rare gases through to their modern day counterparts used in our laboratory to study membrane embedded motors. In keeping with the theme of the meeting I will intertwine this scientific story with my personal journey from laboratory technician to professor. 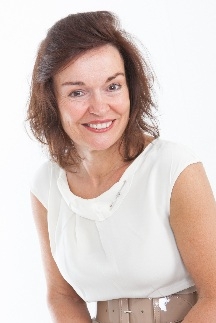