I studied biology, completed my Ph.D. in soil quality and have been working at the Institute of Grassland Science in the Faculty of Agriculture from 2005 to 2011. The red line throughout this development is the quest for improving the sustainability of grassland production systems. At first, I focussed on nutrient losses (especially nitrous oxide) and fertilisation. Since 2005, a second emphasis is on the role of plant diversity for nutrient and water use and thus productivity and resilience.

From October 2007 to 2009, Nicole Wrage was fellow of the Fast Track Programme of the Robert Bosch Foundation (Fast Track). 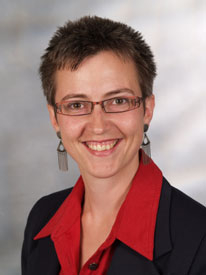