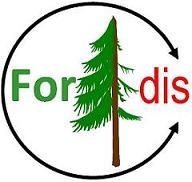 Cattle pastures have been the most important form of land use in eastern Amazônia, which underwent deforestation mostly during the first half of the twentieth century and will continue to expand. With increasing pressure the productivity of pastures is being reduced over time by encroaching secondary vegetation (locally called capoeira), leading towards a process of pasture degradation. Usually, the pasture productivity starts to decline gradually from the fifth year on. Pastures are considered as degraded when the invasion of weeds surpasses 70% of the land cover. We studied the micro-region bragantina in northeastern Pará, Brazil, that has been settled for over a century and where numerous cycles of slash and burn agriculture have occurred. The pastures were grouped into non-degraded productive (0-25% capoeira), degraded productive (25-70% capoeira) and degraded non-productive pastures (70-100% capoeira) using QuickBird and Landsat 7 ETM imagery. Through the combined use of these two satellite types it was possible to identify three stages of degrading pastures, using the grade of bush encroachment with re-spouting secondary vegetation on the pastures. Supervised classification of the imagery showed that three different pasture degradation stages could be identified, namely 13% of conventional and productive pastures, 9% slightly and 11% heavily encroached pastures. Row crops and bare soil, oil palm plantations, secondary forests (capoeira) and riparian forests (igapó) cover 15%, 11%, 15% and 9%, respectively. Our reclassification means that the conventionally regarded soil cover of pastures might be underestimated in the region because previous studies might have classified degrading pastures as secondary forests. However, future models should include a more detailed analysis of bush encroached pastures to have a more detailed picture of the reality. Including our findings in the models there will be a more pessimistic view on the climatic future of the Bragantina region and its adjacent Belém area.