From 1929 to 1933 Carl Friedrich von Weizsäcker (1912 to 2007) studied Physics, Astronomy and Mathematics in Berlin, Göttingen and Leipzig, mainly under the Nobel Prize winner Werner Heisenberg. In 1937 he received international acclaim for the Weizsäcker Formula named after him for the binding energy of the nucleus. In the year 1946 von Weizsäcker took over the management of a department of the Max-Planck-Institute for Physics in Göttingen. He initiated the “Göttingen Declaration”, in which 18 German nuclear scientists demanded the renunciation of nuclear weapons from Göttingen in 1957. This was triggered by the heated debate surrounding the plans for nuclear armament of the Bundeswehr [German armed forces], which filled the scientists “with deep concern”.
As professor for philosophy at the University of Hamburg von Weizsäcker subsequently concerned himself with epistemological-physical questions, in particular on the conceptual foundations of quantum physics. In 1970 he founded the Max-Planck-Institute for research into the living conditions of the scientific-technical world in Starnberg, which he headed jointly with Jürgen Habermas until his retirement in 1980. Here he addressed the dangers of nuclear war, environmental destruction and the north-south conflict. 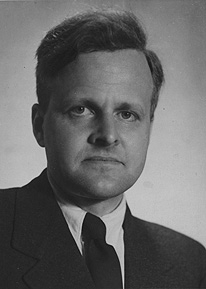