(pug) According to current knowledge, the land biosphere absorbs 30 percent of the CO2 produced by humans and thus contributes significantly to reducing global warming. Tropical peat swamp forests are among the most important terrestrial carbon reservoirs, but they are increasingly being cleared. Data on their regenerative capacity have so far been completely lacking but are indispensable for conservation and restoration projects. A research team from the University of Göttingen has now determined for the first time by means of palaeoecological investigations how long it takes for a tropical peat forest to recover after a disturbance. The Leibniz Centre for Tropical Marine Research (ZMT) in Bremen was also involved in the study, which was published in the Journal of Ecology.

Peat swamps cover an area of more than 27 million hectares in Southeast Asia. However, up to 40 percent of these swamp forests have now been cleared and drained, and many have had to give way to palm oil plantations or acacia plantations for paper production. Even in the pre-industrial past, some of the swamp forests were already utilised, as they are home to a rich flora and fauna. Drill cores from peat deposits reveal how their use has impacted the ecosystem.

Using one such drill core, which contains deposits from the past 13,000 years, the researchers investigated traces of charcoal as an indication of human habitation, the composition of pollen and spores as well as the carbon content in various soil layers, which they dated with the radiocarbon method. The drill core originated from a swamp area on the Indonesian island of Sumatra, where the Malayu Empire reigned from the 9th to the 14th century. The nearby Buddhist temple complex Muara Jambi from this period is one of the largest in Southeast Asia and indicates a flourishing high culture.

As the peat samples and historical sources show, the population then used the swamp forests for the extraction of firewood and building materials and also collected food there. In the 14th century Javanese immigrants displaced the Malayu from the region; the swamp forest was left to itself again.

“It was a rather low-impact use that largely preserved the hydrologic soil conditions," says Göttingen biologist Kartika Anggi Hapsari, first author of the study. "Yet we found that it took 60 years before similar amounts of carbon were sequestered in the peat deposits and 170 years before the original vegetation as found in a virgin peat forest was restored.“

The Indonesian government has recognised the enormous importance of peat forests, not only as CO2 sinks but also as biological treasure troves with a high biodiversity and a number of endangered species, such as the orangutan. Restoration projects in Indonesia, however, are only designed for 60 or for a maximum of 95 years. According to the findings of the study, this period is far too short to restore the full ecosystem performance of an intact peat swamp forest.

"Given today's practice of extensive deforestation and intensive use as plantations, it is likely that the regeneration will take much longer," says Tim Jennerjahn of the ZMT, one of the authors of the study. "The question is also how long these peatlands will continue to exist. Due to the drainage and the decomposition of the organic peat soil, CO2 is released, leading to soil subsidence. The peatlands, most of which are located near the coast, could fall victim to rising sea levels."

The research was conducted within the Collaborative Research Centre 990 “Ecological and Socioeconomic Functions of Tropical Lowland Rainforest Transformation Systems (Sumatra, Indonesia) – EfforTS”, which is funded by the German Research Organization (DFG). Further information can be found at www.uni-goettingen.de/efforts.

Peat swamp forest in Sumatra which has been converted into a palm oil plantation. 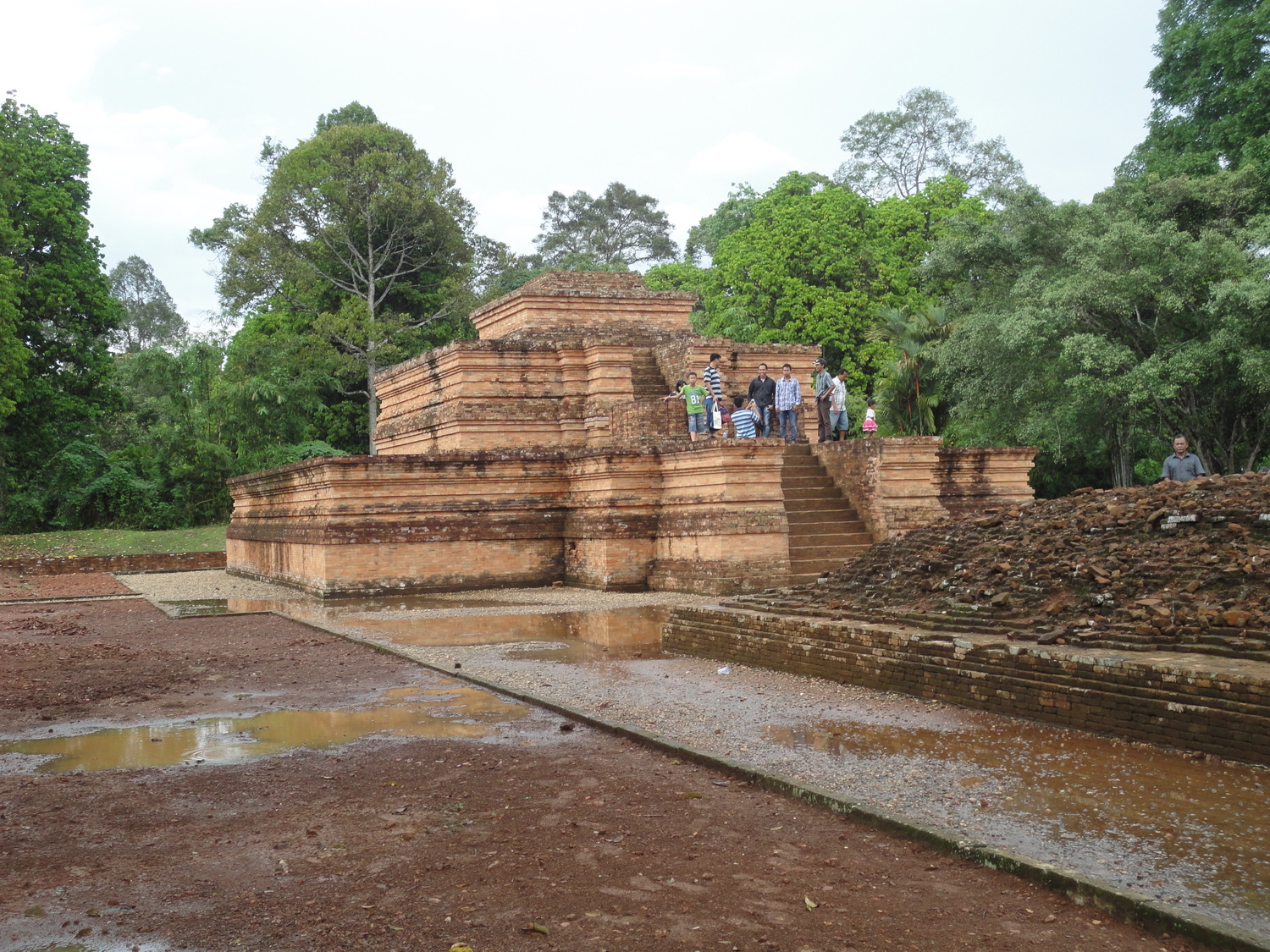 Malayu temple located near the investigated peat swamp in Sumatra.