Stickier than expected: Hydrogen binds to graphene in 10 femtoseconds

Bound for only ten quadrillionths of a second

Graphene is celebrated as an extraordinary material. It consists of pure carbon, only a single atomic layer thick. Nevertheless, it is extremely stable, strong, and even conductive. For electronics, however, graphene still has crucial disadvantages. It cannot be used as a semiconductor, since it has no bandgap. By sticking hydrogen atoms to graphene such a bandgap can be formed. Now researchers from Göttingen and Pasadena (USA) have produced an “atomic scale movie” showing how hydrogen atoms chemically bind to graphene in one of the fastest reactions ever studied. (Science, April 25, 2019)

The international research team bombarded graphene with hydrogen atoms. “The hydrogen atom behaved quite differently than we expected,” says Alec Wodtke, head of the Department of Dynamics at Surfaces at the Max Planck Institute (MPI) for Biophysical Chemistry and professor at the Institute of Physical Chemistry at the University of Göttingen. “Instead of immediately flying away, the hydrogen atoms 'stick' briefly to the carbon atoms and then bounce off the surface. They form a transient chemical bond,” Wodtke reports. And something else surprised the scientists: The hydrogen atoms have a lot of energy before they hit the graphene, but not much left when they fly away. Hydrogen atoms lose most of their energy on collision, but where does it go?

To explain these surprising experimental observations, the Göttingen MPI researcher Alexander Kandratsenka, in cooperation with colleagues at the California Institute of Technology, developed theoretical methods, which they simulated on the computer and then compared to their experiments. With these theoretical simulations, which agree well with the experimental observations, the researchers were able to reproduce the ultra-fast movements of atoms forming the transient chemical bond. “This bond lasts for only about ten femtoseconds – ten quadrillionths of a second. This makes it one of the fastest chemical reactions ever observed directly,” Kandratsenka explains.

The results of the research team provide fundamentally new insights into chemical bonding. In addition, they are of great interest to industry. Sticking Hydrogen atoms to graphene can produce a bandgap, making it a useful semiconductor and much more versatile in electronics.

The effort involved in setting up and running these experiments was enormous, revealed Oliver Bünermann, project group leader at the University of Göttingen. “We had to carry them out in ultra-high vacuum to keep the graphene surface perfectly clean.” The scientists also had to use a large number of laser systems to prepare the hydrogen atoms before the experiment and to detect them after the collision. According to Bünermann, the excellent technical staff in the workshops at the MPI for Biophysical Chemistry and at the University of Göttingen were essential to the project’s success.

Group of Dynamics at Surfaces 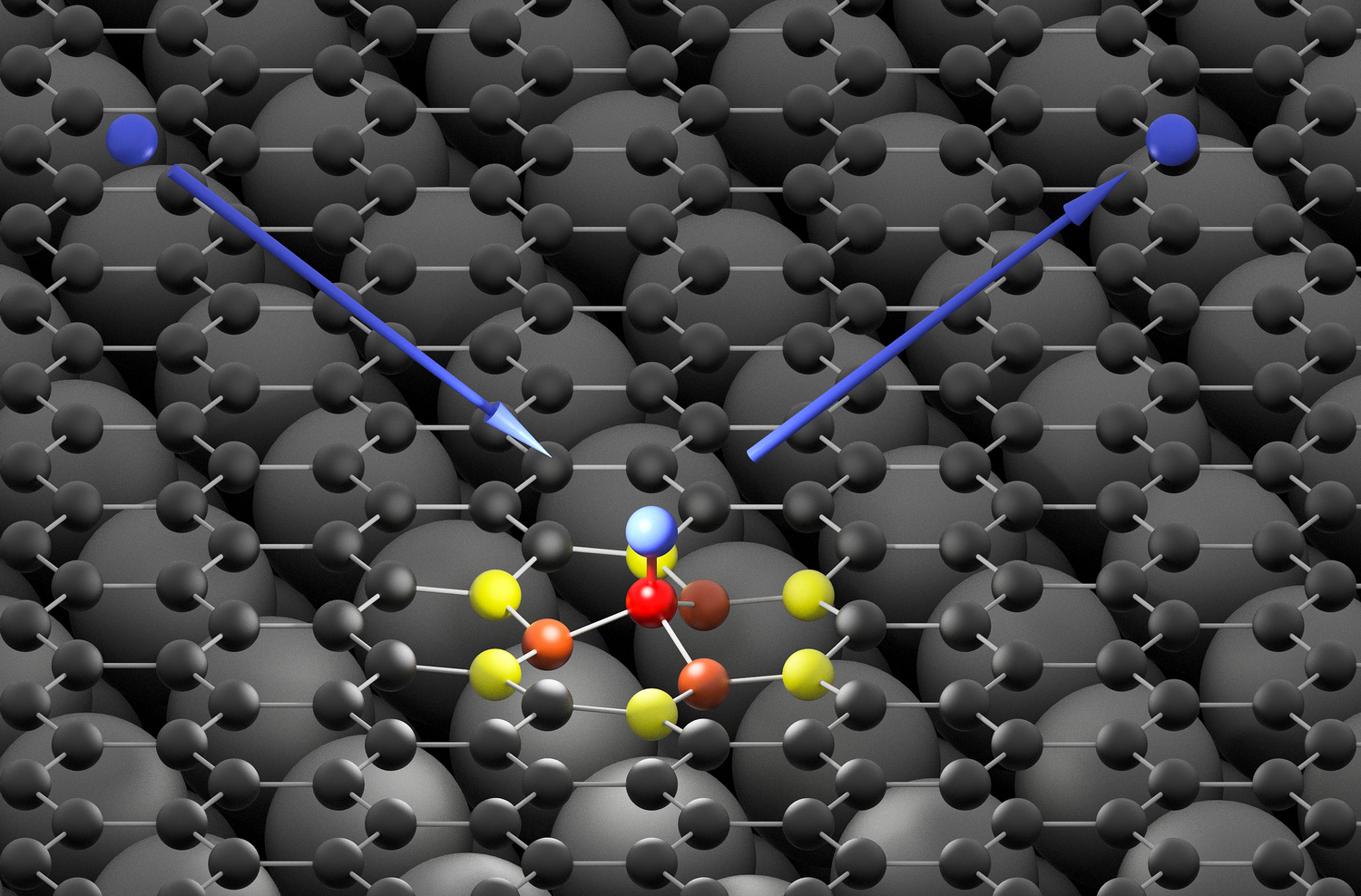