An international team of researchers with participation from the University of Göttingen has discovered the first large gas giant orbiting a small star. The planet was found orbiting the nearby red dwarf star GJ 3512. This discovery challenges scientists’ very understanding of how planets form: low-mass stars should have less available material to form planets. Moreover, this new gas giant is on an eccentric orbit, which suggests the presence of another massive planet, which may have been ejected from the system in a chaotic interaction. The results were published in Science.

The Institute for Astrophysics at the University of Göttingen calibrated the data, a task that is fundamental to understanding the minute effect the motion of the planet or planets exert on a star. The Institute is also responsible for the analysis of the enormous amount of complex data sent from the observatory. Every day, fresh information arrives at the institute and is converted into numbers that the CARMENES consortium scientists can then interpret as stellar motion.

To discover the planets, the astronomers used the Doppler technique, which monitors the back-and-forth motion of a star when it is orbited by one or more planets. The star was so faint that it almost did not make it into the list of targets.  However, once the data had been analysed, it was clear that its behaviour suggested something very interesting. The star’s velocity was changing very rapidly and consistently, indicating the presence of at least one massive companion, an unusual feature for a red dwarf. In addition, the irregular orbit of the newly discovered planet suggests the possibility of an earlier collision with another planet meaning there could be a wandering world in the galactic void.

“As their name indicates, red dwarfs emit most of their light in the red and near infrared parts of the spectrum. CARMENES was designed to make optimal use of all the light wavelengths where the stars are brighter,” explains Professor Ansgar Reiners, from the Institute for Astrophysics at the University of Göttingen. “Despite the fact that optical high-resolution and stabilised spectrographs have existed for a while, for example HARPS, near-infrared ones represent a new technology.”

Professor Stefan Dreizler, also from the Institute for Astrophysics, added, “Although we know about 4,000 planets outside the solar system, there are still discoveries which bring new surprises. The planet around GJ 3512 is one of those.”

Göttingen is the lead university of the DFG research group "Blue Planets around Red Stars" whose purpose is scientific exploitation of the CARMENES data. 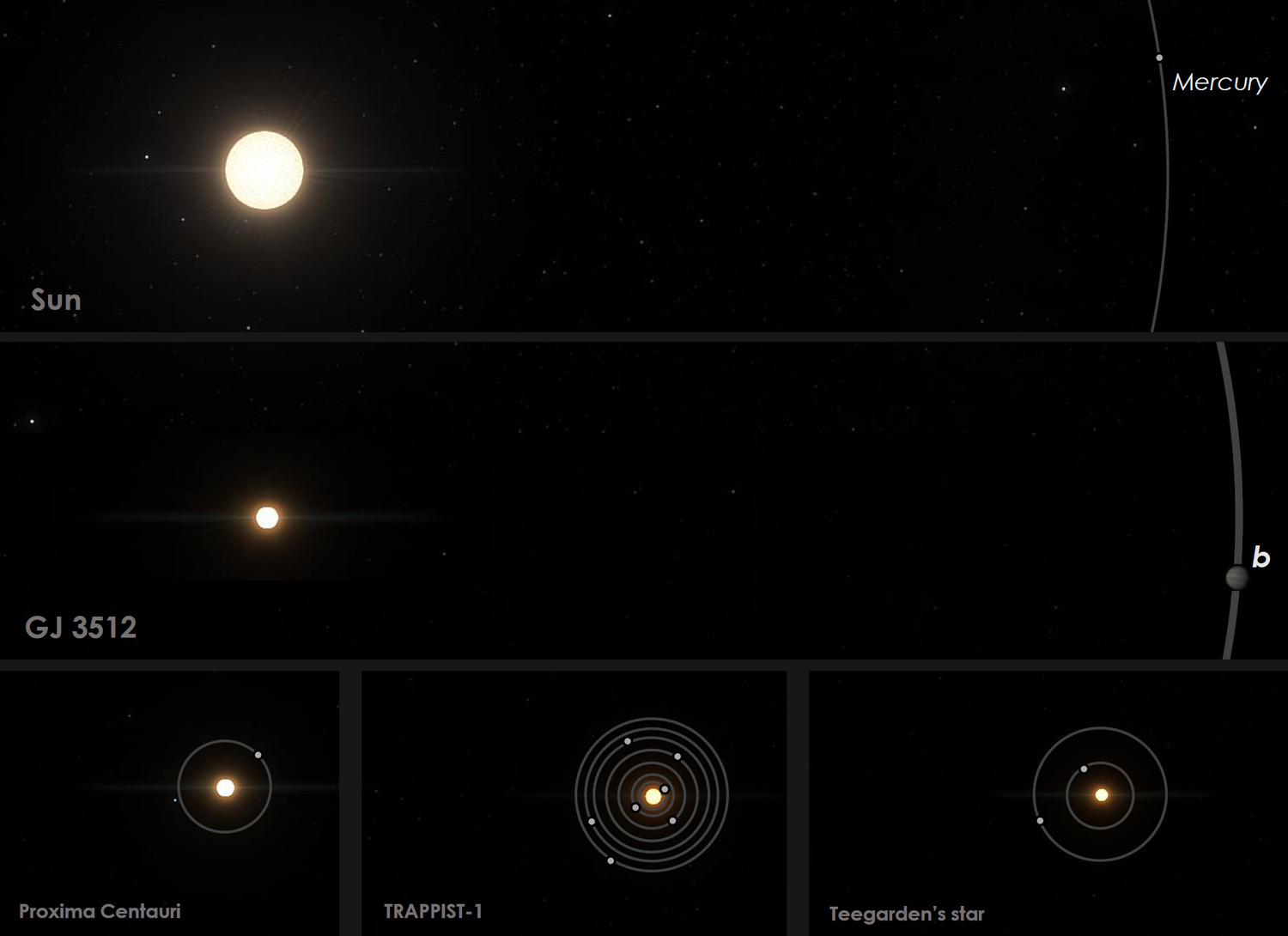 Comparison of GJ 3512 to the Solar System and other nearby red-dwarf planetary systems. Planets around a solar-mass stars can grow until they start accreting gas and become giant planets such as Jupiter, in a few millions of years. But we thought that small stars such as Proxima, TRAPPIST-1, Teegardern’s star and GJ 3512, could not form Jupiter mass planets. 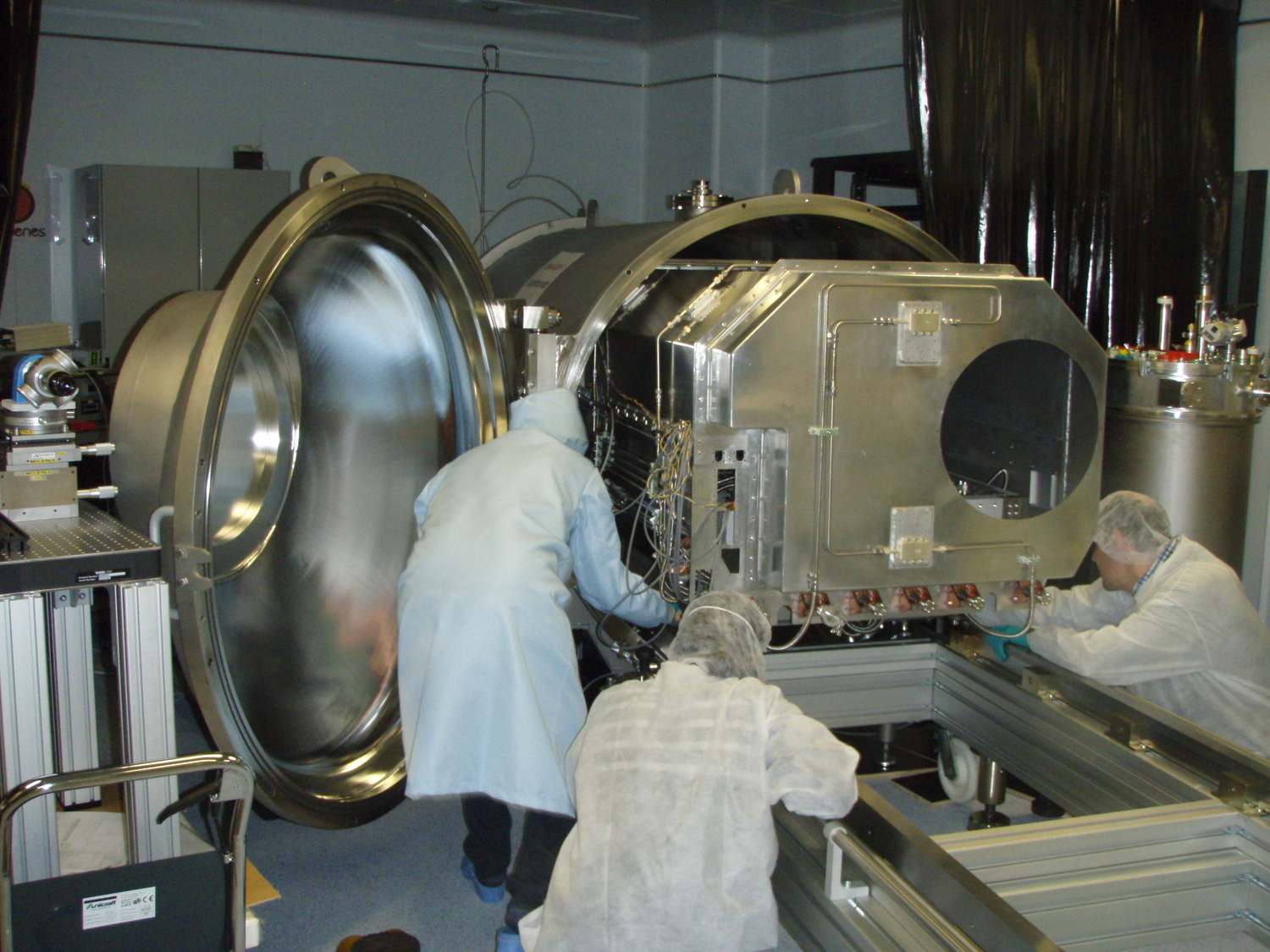 CARMENES near-infrared arm being mounted in the instrument room at the Calar Alto Observatory. The spectrograph detector must be inside a cryogenic vacuum chamber with stabilized pressure and temperature conditions. 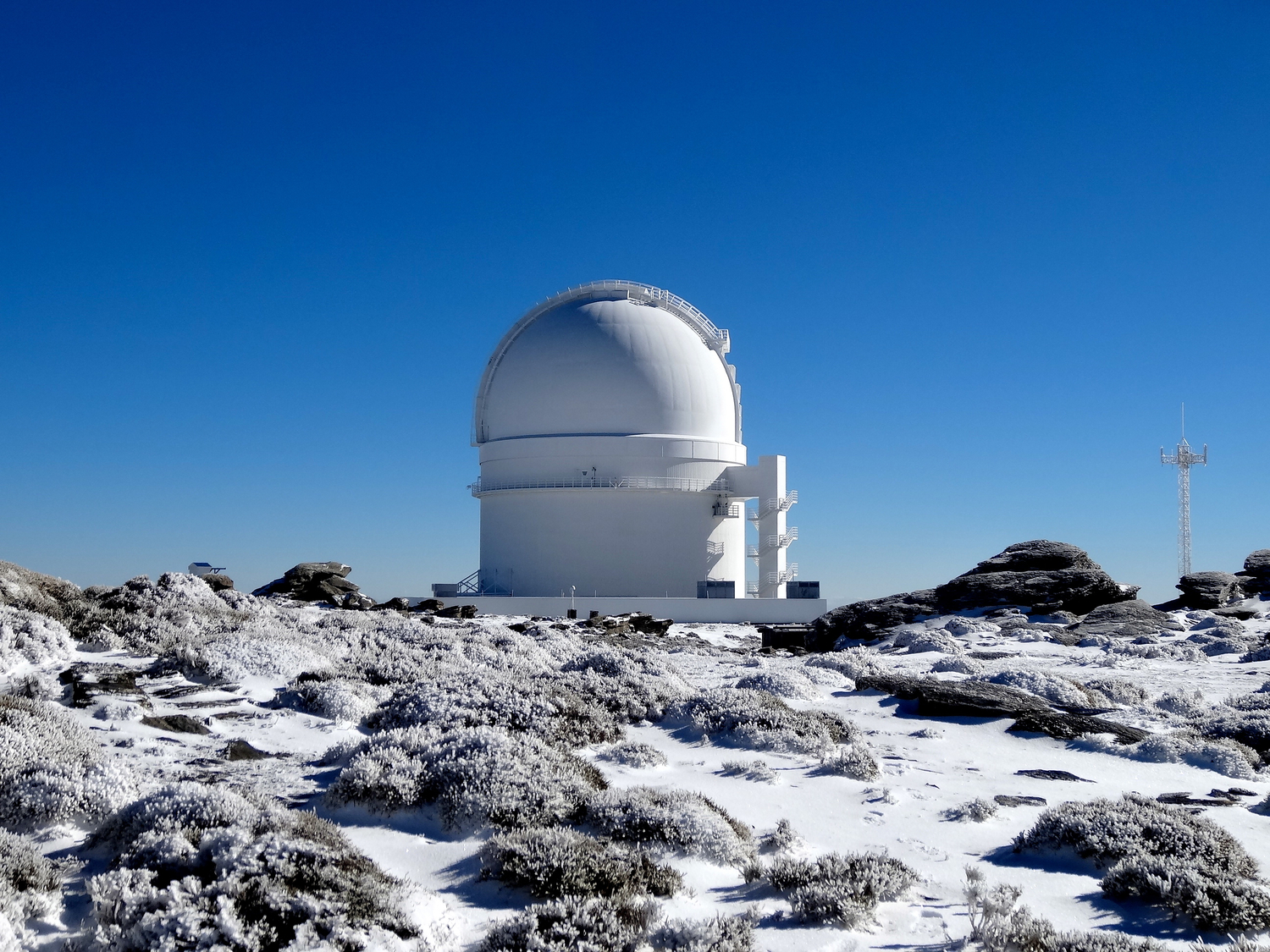 Dome of the 3.5-m telescope at the Calar Alto Observatory where the CARMENES spectrograph is installed. 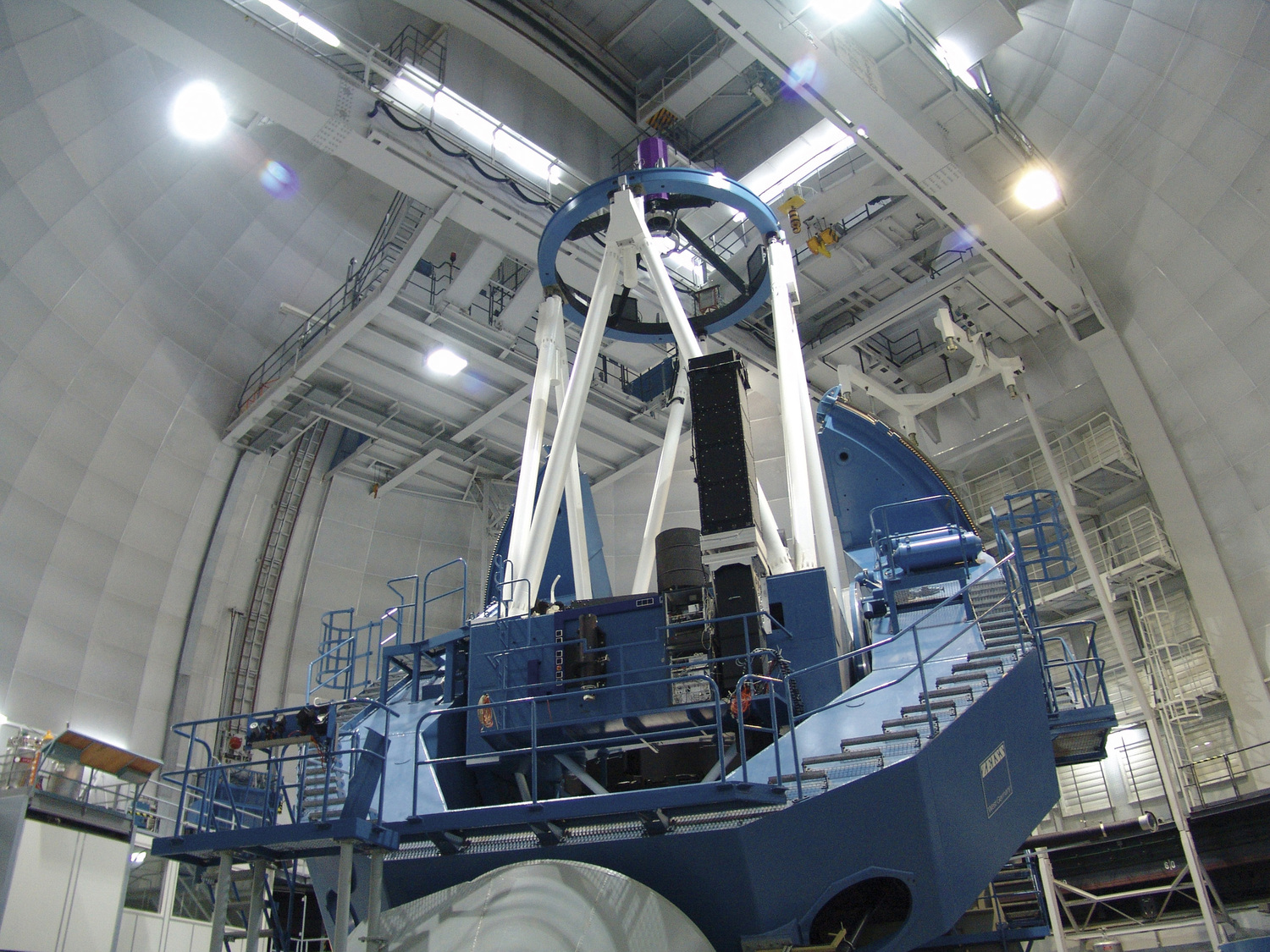 3.5-m telescope at the Calar Alto observatory where the CARMENES spectrograph is installed. 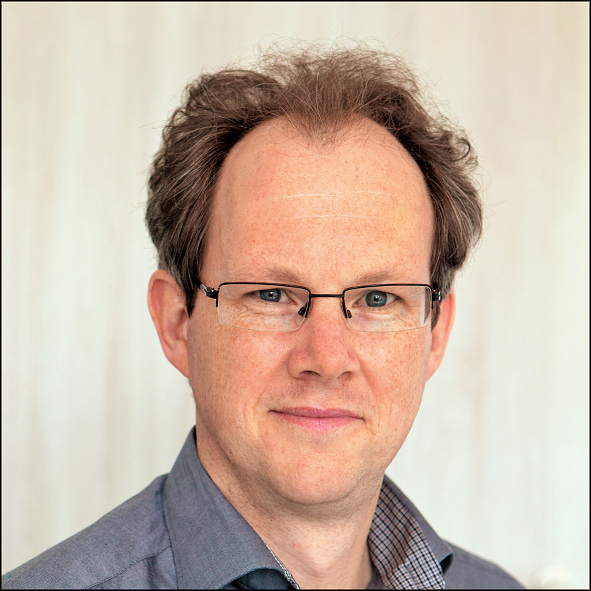