Team of scientists from Halle-Wittenberg and Göttingen identifies responsible gene

Scientists at the Universities of Halle-Wittenberg and Göttingen have succeeded in proving that a claw disease in cows is primarily genetic. Until now, the occurrence of interdigital hyperplasia has mostly been attributed to poor hygiene conditions in the barn. However, the team discovered a farm in which the disease occurred frequently and was able to identify the gene responsible. As a result, the disease may now be contained through selective breeding. The results were published in Frontiers in Genetics.

“We rarely see such a case where everything fits perfectly together,” says Professor Hermann Swalve, Professor of Animal Breeding at the Institute for Agricultural and Nutritional Sciences at Martin Luther University Halle-Wittenberg (MLU). Many factors have to fit in order to find a single gene that is primarily responsible for a disease. Swalve’s team succeeded in making the discovery because his research group had been working for years with large cow databases in Germany.

In the course of their work, they came across a farm in which interdigital hyperplasia, also known as limax or tyloma, frequently occurred. Three to eight percent of all cows in Germany suffer from the disease at some stage in their lives, however it mostly affects older cows. A further, “stunted” claw emerges between the two claws of the hoof, spreading apart the real claws. “This results in tears to the skin, which in turn provide openings for bacteria and other infectious agents,” says Swalve. The animals become lame and their lifespans are shortened.

“We previously carried out studies on the genetics of the disease, but we didn’t have enough affected animals at our disposal, so it was difficult to obtain statistical certainty,” explains Swalve. It was therefore a stroke of luck to find a farm in north-western Germany where almost 60 per cent of the animals were affected by it. In a genome-wide association study, they compared 45,000 small DNA segments, so-called SNPs, from healthy and sick cows. Initially, they identified two sites that could be related to the disease. One was the gene for tyrosine kinase receptor 2 (ROR2). “Next we compared our results with medical studies on humans and found that this gene also plays a role in the development of human limbs,” says Swalve.

The team from the University of Göttingen, led by Professor Bertram Brenig, subsequently provided proof that the ROR2 gene actually is involved with the development of the disease. His research group sequenced the entire gene segment and found that a mutation leads to the exchange of an amino acid in the affected cows. In further experiments, Brenig was also able to prove that the defect actually leads to an alteration in protein concentration. “Once we were able to show that the mutation influences gene expression, we were able to conclusively explain how it is connected to the disease,” says Brenig.

Swalve is surprised that the genetic background of the disease had been ignored for so long – even though, as early as 1952, Richard Götze, an internationally acclaimed veterinarian from Hanover, suspected that interdigital hyperplasia was almost exclusively genetic. This discovery did not find its way into animal breeding. Only now, with this new study, has Götze’s assumption been confirmed. The disease can now be tackled through selective breeding.

Division of Molecular Sciences of Livestock and Molecular Diagnostics 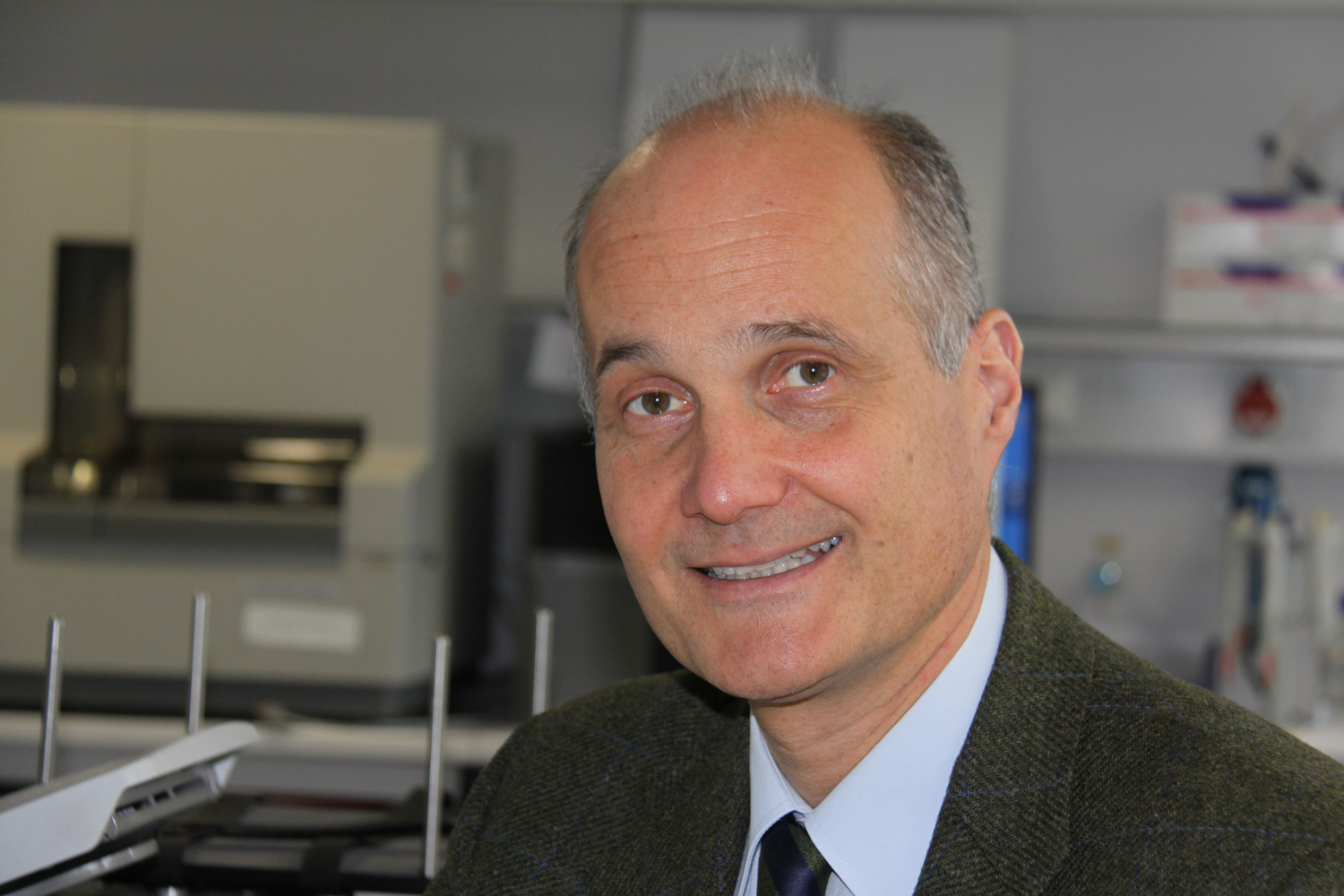