Reinhard Jahn obtained his PhD from the University of Göttingen in 1981 with a study on the regulation of exocrine secretion. He then moved to the laboratory of Paul Greengard (Nobel prize 2000) at Rockefeller University for 2 1/2 years and then remained there as Assistant Professor for one year. In 1986 he moved to the MPI for Psychiatry in Martinsried as leader of a Max Planck junior group. In 1991 he moved back to the US as professor of Pharmacology and Cell Biology at the Yale University School of Medicine, with a joint appointment at the Howard Hughes Medical Institute. In 1997 he returned to Germany where he is director of the Department of Neurobiology at the Max Planck Institute for Biophysical Chemistry and (since 2001) Adjunct Professor of Biology at the University of Göttingen. His research focuses on the mechanism of neurotransmitter release from presynaptic nerve endings, using primarily biochemical and biophysical approaches. Jahn received several awards such as the Leibniz Prize of the German Research Foundation, the Ernst Jung Prize for Medicine, and the Sir Bernhard Katz Award of the Biophysical Society. Jahn is member of numerous organizations such as the German Academy of Sciences (Leopoldina) and the European Molecular Biology Organization. He is also active in review committees (e.g. chair of DFG and ERC panels), scientific advisory boards (e.g. chairman of the Minerva Weizmann Committee (-2010), chairman of the scientific advisory board of the Max Delbrück Center (until 2011), vice-chair of the SAC of the European Molecular Biology Laboratory), and governing boards such as the Senate of the DFG. Reinhard Jahn founded the International Max Planck Research School Molecular Biology, and since its foundation in 2007 he serves as speaker and dean of the Göttingen Graduate School for Neurosciences, Biophysics, and Molecular Biosciences (GGNB) that is funded by the German Excellence Initiative. Since several years, he is also active as mentor in various mentoring programs for the support of female scientists.


Despite increased awareness of gender inequality within the academic system, the proportion of female scientists in leading positions of science and business is still only growing at a snails’ pace. The numbers for Germany are particularly disappointing. Comparative rankings with other countries – not only the US and the UK but also countries with less-developed science infrastructures – regularly show Germany close to the bottom of the list. This is nothing anyone can be proud of. Certainly, the reasons for this gross inequality are complex and there is no simple solution. For instance, quota regulations are not going to help, and they are also offensive for the female scientists who should expect to be selected for leadership positions exclusively based on their qualifications and abilities. It is the qualification phase of the career where female scientists drop out – the difficult time window between the completion of the PhD and the appointment to a tenured faculty position. Here the German system does have its own specific problems. For instance, the hierarchical nature of the academic system, the absence of a democratic faculty structure recognizing, above all, the status of a principal investigator, and the complete lack of job security during the qualification phase that easily may extend into the fifth decade of life are all home-made factors that contribute to Germany’s embarrassing position. Add to this mix a still insufficient child care support and the conservative attitude of many Germans who still believe – despite many studies showing otherwise – that mothers must stay at home for at least a year after a child is born, and you will get an idea how far we still need to go in order to catch up with academically more “developed” countries.

For our female PhD students, the only answer can be to do everything in order to gain control over their own careers, empowering them to make informed decisions. The Women’s Careers and Networks Symposium is an almost ideal means to reach this goal. The first meeting less than two years ago originated from an initiative of female GGNB graduate students. Planning and organization of this highly successful and widely acclaimed meeting was carried out entirely by graduate students, and I am excited to see that a new group of female graduate students has taken up the challenge to organize the second WoCaNet meeting. Speaking for GGNB: We are very proud of you, and we wish you a successful and exciting meeting! 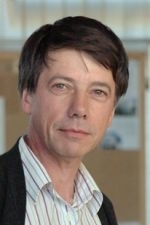