From 2002 to 2009 he was the head of the Department of Information Law and Intellectual Property Law at Vienna University of Economics and Business Administration. Besides several guest professorships he was a Visiting Professor at Stanford Law School from January to June 2008 and at the University of Nanjing, China, in October 2012. Since May 2009 he is a professor of competition law, intellectual property law and media law at the University of Göttingen, Germany.


Main areas of research are information and communication technology law, copyright and intellectual property law, and unfair competition law. He participated in several nationally and EU funded research projects, in recent years with a special focus on data protection and copyright law.


Prof. Wiebe ist head of „Forschungsverein Infolaw“ in Vienna. He is co-organisor of the Austrian ICT Law Day and the Competition Law Forum, both annual events in Vienna. He is also a co-organisor of the annual Summer School on European ICT and IP Law, taking place in Reichenau, Austria. He also organises the Göttingen International Research Forum on ICT and IP Law, providing an annual forum for young researchers from all over Europe.


Prof. Wiebe is on the scientific board of several IT and media law journals in Germany and other European countries. He is an author of several German and English legal articles and books and co-editor of handbooks. He was Vice President of the German computer law association (Deutsche Gesellschaft für Recht und Informatik, DGRI e.V.) from 2005 to 2011. He is also a member of the German Society of intellectual property law (GRUR e.V.), the German society for comparative law (Gesellschaft für Rechtsvergleichung) and the Austrian chapter of the ALAI. 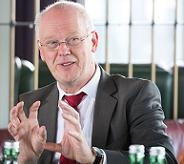