Where: Historical Building of the Lower Saxony State and University Library
When: 28-29th June 2012

Space has long been studied in various disciplines. It is among the few topics that has been subject to fervent interdisciplinary debate from the very beginning. Although physicists have delved deeply into this field, they have not been able to claim its study for themselves alone: sociologists, psychologists, neurologists and religious studies scholars have also taken it up. Questions about space have occupied great minds in both ancient and modern times. The aim of this symposium is to provide an opportunity for researchers to present and discuss conceptions of space in ancient religions. Focus will be placed on spatial conceptions as found in the primary sources as well on the theories and methodology underlying their study.

Thematically, conceptions of space within religion include spaces of sensually perceivable objects, as well as spaces that emerge from within constellations of meanings, thus covering various facets of space. The linguistic representation of spatial concepts, mythological cosmographies, and how they correlate with the characteristics of the settlement areas of the transmitting population, and the division of the world into the underworld and upper-world belong to the linguistic and cosmic aspects of spatial conceptions. Moreover, concepts of the hereafter, experiences with and journeys to the afterlife, and the corresponding view of death as a change of location from this world to the next, as well as deities of ‘space’ are also of interest. As a cultic aspect of space, the spatial order establishing principles that are in or run through a ritual place are in particular worth mentioning, as ritual practices – orientations, movements, postures and gestures. In regard to the ritual facet, the spatial characteristics of ritual places and ritual constructions, and their historical development are also significant, as are , the important shapes of ritual utensils and the spatial relationship of the priests to one another. Furthermore, the link between the cultic and the cosmic should be highlighted; for example, the reference to perceptions of the cosmos as well the cultic importance of particular topographical places, i.e. mountain peaks, caves and river banks. Orientation, center and periphery, boundaries and their demarcation are essential in both cosmography as well as ritual. With regard to ritual structures, the delineation of ritual places from the outer world as well as ritual practices or their restricted access by crossing of their thresholds/borders gain fundamental importance. Principles of spatial ordering and the use of the human body as a basic frame of reference for orientation and spatial ordering as well as connections to conceptions of time and time ordering systems must likewise be stressed. Within the context of the social facet of space, societal structures of space and the symbolic spatial ordering systems, the social importance of cosmographic and ritual spatial structures and value-laden spatial classifications could be demonstrated.

A theoretical basis for the study of spatial conceptions can be obtained through the presentation of spatial perception and the process of spatial data in the human brain while taking socio-cultural differences into consideration.

For a constructive discussion about those mentioned and other similar subjects, we would like to welcome contributions from the fields of Philosophy, Cognitive Science, Religious Studies, Indology, Iranian Studies, Ancient Middle Eastern Studies, Egyptology, Classical Philology and Theology. We would be particularly happy with interdisciplinary papers.

There will be one hour available for the talk and the subsequent discussion. The talk itself should not exceed 40 minutes in length, and can be held in either German or English. We anticipate that the contributions will be published as a volume. 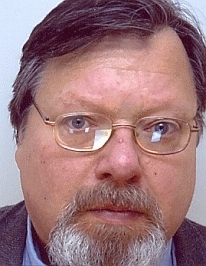