Project B4: Selection of Tuning Parameters in Penalized Estimation 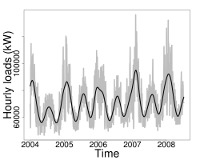