Patterns and Processes in Soil: What shape Collembola Communities?

My researches focus on species coexistence in soil. Compared to the aboveground ecosystems, soil habitats harbor a greater biodiversity. Why are there so many species? What are the processes driving the species coexistence patterns? Which roles has evolution played in contemporary community assemblages? I use phylogenetic and trait-based approaches to investigate soil mesofauna (mainly Collembola) community assembly processes including

To apply community phylogenetic approaches to soil systems, a reliable phylogeny of the target group is necessary. To remedy the lack of a reliable phylogeny of Collembola, I sequence the 18S and 28S rRNA, Histone 3, and COI genes for ~ 80 Collembola species collected from various habitats (arable field, grassland and forest) in the vicinity of Göttingen, Germany. These data are combined with sequences of other European Collembola species from GenBank, to construct a more comprehensive phylogeny (~190 species) using both supermatrix and supertree approaches.

Having a phylogeny, a community and a trait dataset in hand, I explore the patterns of phylogenetic relatedness and trait similarities of coexisting species to infer community assembly processes in surface-living and soil-dwelling Collembola in different habitats, arable field, grassland and forest.

4. Considering the Effects of Scales and Species Pool Definitions

Soil mesofauna are usually thought having limited dispersal abilities. Local communities are largely constrained by species present in regional pool. Prior to a community phylogenetic analysis, species pool must be defined. What is the relevant scale for soil mesofauna interactions? What happen if different scales or pool definitions are applied?


Chen, T.-W., C.-P. Wang, and P.-C. L. Hou (2008) A review on the impacts of the invasive earthworms, Pontoscolex corethrurus, on forest ecosystems. Quarterly Journal of Chinese Forestry, 41: 135-148 (in Chinese with English abstract) 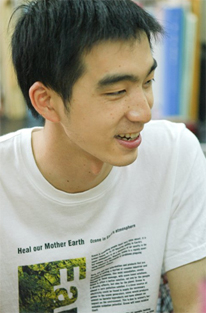