Marc Arwed Rutke (MAR), born in Kamen (close to beautiful Dortmund ;-), was schooled in Germany and New Zealand and studied/worked in Thailand, the UK, Canada, Japan and Namibia.

Prior to joining the Euroculture "Family", Arwed worked for a number of organisations in Japan (mostly in the Kansai region), at an architectural firm in Germany and has done voluntary work for several organisations.

Coordinator and Supervisor of the transdisciplinary, international and inter-university project in Göttingen and board member of the EuCu Consortium Management Committee since 03/2008. Primarily, Arwed is dealing with and is responsible for the overall coordination and supervision as well as the management of finances, fundraising and networking.

Erasmus Mundus Action 3 Visiting Representative of the European Commission funded Euroculture Consortium at the UNAM in Mexico City for two months in 2008 and 2022; Liaison officer on a DAAD/Goettingen International Grant at the India Office of the University of Goettingen in Pune and various institutions in Mumbai and New Delhi in the fall of 2012, 2017/8 and senior researcher of the EU in Depth Project by the EU at Kuban State University in Krasnodar, Russia in the fall of 2014. In the summer of 2017 once again Erasmus Mundus Visiting Representative of the European Commission at the University of Pune. Arwed also visited Japan on multiple occasions as he studied and worked there for 2 years, stays at our Research Track partner University of Osaka included.

Since 2013, Arwed is also the project leader of the DAAD/German Foreign Ministry (AA) project "Euroculture: Europe in the Wider World" and senior reseacher in the project "EUinDepth: European Identity, Cultural Diversity and Political Change" of the European Community.

Attended the Intensive Programmes in all the European partner universities and represented Euroculture and the University at organisations/institutions in Spain, Italy, Sweden, Belgium, Belarus, Russia, the UK, Lithuania, Japan, India, Luxembourg, Namibia, Ukraine, Portugal, South Africa, the US and New Zealand. Arwed is also part of the European Studies IP Steering Committee.

Current supervision covers the Euroculture modules on ''Europe in the Wider World'', ''Eurocompetences I: Studying and Working in Europe", "Eurocompetence II: Project Management" and "Eurocompetence III or Life after Euroculture''. He has also supervised multiple MA Theses (see selected list on the right hand side), the Euroculture module on the "Construction of Europe" and has taught "Introduction to Politics and Government" at Queen's University. Moreover, Arwed supervises and oversees/grades the placements (internships) in the Programme and is the contact person for the research track(s) @ Uni Osaka and Mexico City (UNAM).

Moderated discussions with guests, such as Jürgen Trittin (former Federal Minister for the Environment) on ''Energy Policies in Europe: Necessities and Challenges of a European Solution''; Dr. Heiko Hesse (Senior Economist at the IMF in Washington DC and Oxford/Yale graduate/adviser) on "The Global Financial Crisis-Systemic Risk and Spillovers"; Günter Verheugen (former vice-president of the European Commission and former European Commissioner for Enlargement) on "10 Jahre EU-Osterweiterung: Politische Reflektionen und Ausblicke"; Jens-Peter Bonde (Former MEP) on ''Discussing Europe in Crisis & the Future of Europe''; Roderick Parkes (Head of the Brussels Office of the German Institute for International and Security Affairs, SWP) and Arne Molfenter (Information Officer-in-Charge, United Nations) on their respective careers. For an overview of Relevant Visits and a List of Thesis Supervisions & Publications, please click on the right. 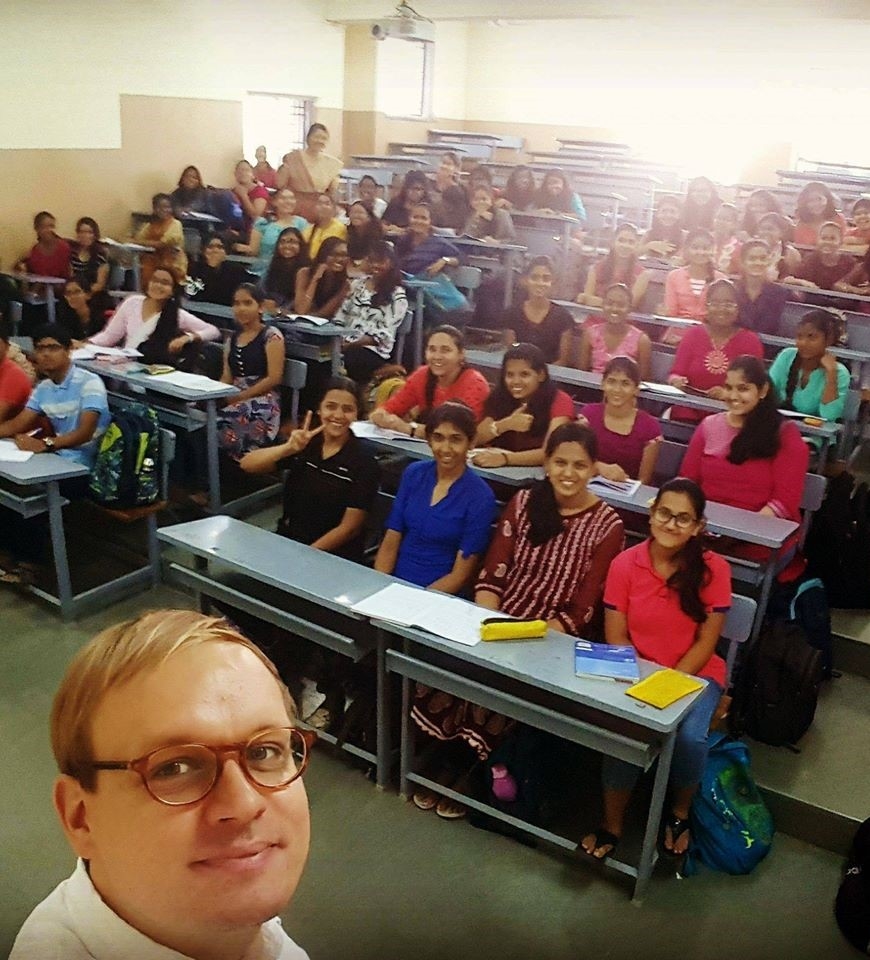