Eighteenth-century studies; history of ideas; philosophy and aesthetics of music; reception and translation of ancient Greek theories of music in the eighteenth century; music perception and experience; music and science


Project: Human nature seen through the lenses of arts during the Enlightenment


The concept of human nature unavoidably implies the existence of nearly universal regularities across the human species -- regularities, like language use, most probably explicable in terms of biology and evolutionary psychology. Thus, linking the arts to human nature implicitly promises to connect the arts to long-term, enduring, nearly universal features of the human frame. That is, if art is rooted in human nature, then it is a response, at least in part, to elements of our evolved cognitive, perceptual, and emotive architecture that are either necessary for social life, or conducive to it, or that are side-effects from features that are.


A statement like the one quoted above, with just a few lexical adjustments, wouldn't have been misplaced in the Eighteenth-century. The idea that the arts are linked to human nature is widely accepted at that time, and the ways in which this connection operates has been researched in many ways by both natural and moral philosophers. I believe that the research topic "The Nature of Man in the European and Atlantic Enlightenment(s)" could be examined in relation to arts and aesthetic experience in many ways.

These are just a few of the questions that such a topic might raise, but they are already too many to be all pursued in the time span of my stay at the Lichtenberg-Kolleg. I thus plan to focus just on some of these themes, having in view primarily a research on the idea of human nature seen through the world of the arts in the Enlightenment. 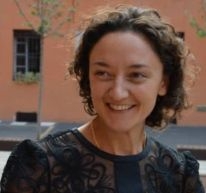