More than once a history book has become a bone of contention, but only rarely a historical account poisons relationships between specific groups for centuries. John Utenhove's story on Dutch exiles in search for a new home was published in 1560 and immediately launched a true polemical battle. It even continued to cause heated debates between Lutherans and reformed until the early twentieth century. In his writing Utenhove told how Dutch reformed believers were forced to leave London and how they tried to find a new home in Denmark and in northern Germany. If we are to believe Utenhove the Lutherans were extremely unwilling to welcome these poor brethren and sisters and forced them to continue their wanderings in the midst of a bitter and cold winter. Lutheran authors tried to refute Utenhove's picture and defended themselves against the reformed accusations of being inhospital and even cruel.

My project will be on Utenhove's writing and on ensuing polemic between reformed and Lutherans.

Mirjam van Veen wrote her PhD on the polemic between Dirck Volckertsz Coornhert and John Calvin. Her main research focus is on the polemic between Reformation and Radical Reformation and on religious exiles. She has edited John Calvin's treatises against the Anabaptists and against the libertines, and she wrote articles and books on dissenters like David Joris, Dirck Volckertsz Coornhert and Sebastian Castellio. 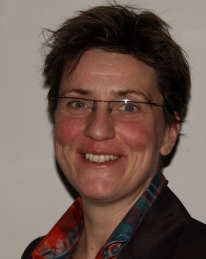