One of the most challenging problems in evolutionary biology is to explain the maintenance of sex. Albeit sex is coupled with substantial costs, the mode of reproduction for the majority of named animal species is obligate sex. It is established consensus that sex and recombination are beneficial for the long-term persistence of lineages, because there is empirical support for deleterious mutation accumulation in the absence of recombination as a result of less efficient purifying selection in natural populations of young asexual lineages. However, it remains unknown if recombination loss impedes the effectiveness of purifying selection in evolutionary times (millions of years) or can be countered by demographic traits.

Oribatid mites are well-suited model organisms in this respect because they lost sex several times independently followed by extensive radiation of parthenogenetic clades up to tens of millions of years ago. My work comprises testing whether the predicted effects of asexual reproduction on the effectiveness of selection translate to an accumulation of deleterious coding mutations and changes in codon usage bias in asexual lineages of oribatid mites. To this end, I generate and analyse transcriptome data of asexual and sexual oribatid mite species in collaboration with Jens Bast (Universite de Lausanne). 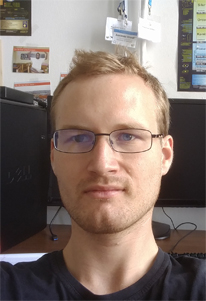