B. subtilis utilizes glucose and other sugars as the preferred source of carbon and energy. We are interested in the molecular mechanisms that ensure an efficient flux of the carbon sources through glycolysis, the pentose phosphate pathway, and the citric acid cycle. Carbon catabolite repression allows the hierarchical utilization of carbon sources resulting in the preferential use of glucose and malate. Glycolysis with its ubiquitous enzymes is induced in the presence of sugars, and this achieved via a regulatory protein-RNA interaction that controls glucose uptake, and via two transcription factors that allow the cells to switch between glycolysis and gluconeogenesis. The citric acid cycle is controlled by a variety of mechanisms including induction of the expression by citrate, the control of citrate accumulation via a moonlighting activity of the aconitase, and via protein-protein interactions in the pathway. These interactions indicate that the citric acid cycle can be regarded as a metabolic autobahn selected to allow the most efficient synthesis of glutamate, the major metabolite of any living cell. Under stress conditions, carbon metabolic pathways are re-organized at the levels of gene expression and enzyme activity to provide the cell precisely with its requirements for anabolic reactions. 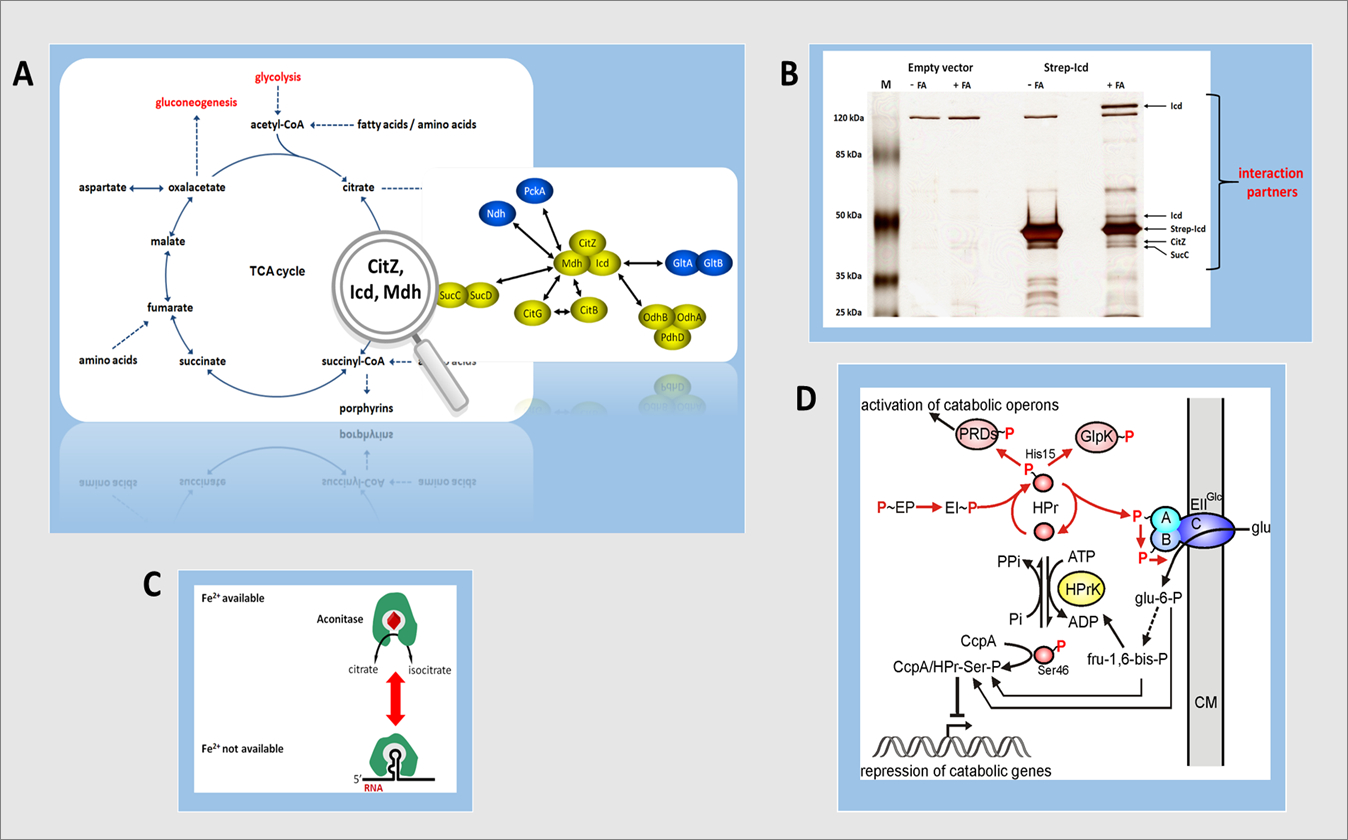 Figures. (A) Enzymes of the tricarboxylic acid cycle form a metabolic complex, a metabolon. (B) Protein-protein interactions can be detected by co-purification and subsequent mass spectrometric identification of the proteins. (C) Aconitase can extert two completely different functions, depending on iron availability. (D) A complex regulatory network controls carbon catabolite repression.