Broadly speaking, my research continues the research of Jean-Robert Armogathe and April Shelford. While in La Nature du monde (Paris, PUF, 2007), Armogathe analyzes the relationship between theology and modern science, in « François de La Mothe Le Vayer and the Defence of Pagan Virtue » (The Seventeenth Century, 15:1, 2000 : 67-89), Shelford brings into light possible similarities between two of the main writers of my research, namely La Mothe Le Vayer and Herbert of Cherbury. Focusing on the relationship among philosophy, theology and literature, my project relies on the hypothesis that between 1639 and 1641 writers on both Catholic and Protestant sides start defending the idea of an ethics which is accessible to all men, independently of their religious beliefs. Taking into account the context of the Thirty Years' War, when the hope for religious reconciliation was lost, my research aims to prove that some of the Catholic and Protestant authors of the time adopted a pragmatic attitude, which consisted in implying that an agreement between Catholics and Protestants was still possible. This agreement did not rely on a religious basis, but on a type of ethics whose principles, commonly shared, were derived from the natural law. The study of a possibly universal ethics, which pertains to natural law and which prefigures what will later become religious toleration, enables me to carry on the postdoctoral research that I have already undertaken on the issue of pagan virtue in the France of the late 1630's and the beginning of the 1640's.

The landmarks of my research project are Herbert of Cherbury's De la Vérité en tant qu'elle est distincte de la Révélation, du Vraisemblable, du Possible et du Faux, which was translated into French in 1639, after being originally published in Latin in 1624 and La Mothe Le Vayer's De la Vertu des païens, whose first edition appeared in 1641. It is worth mentioning that some of the works in my corpus like, for instance, De la Vertu des païens, were highly controversial, since their publication brought to their libertine author accusations of a milder religiosity or even of atheism. In order to examine the theoretical background of the works which form my corpus, my research will deal with two main aspects. Firstly, it will study the possible connections between works like those of Cherbury or Le Vayer and philosophical trends like Stoicism and Scepticism, which played a major role in the intellectual life of the first half of the 17th century. While Stoicism emphasized the importance of natural law, Scepticism was a useful tool for questioning the hierarchies which are, for example, created among different types of ethics. Secondly, my research will compare the natural law, as it appeared in the works of Cherbury or Le Vayer, to the theory of natural law which was developed by Hugo Grotius.

After establishing whether at least some of the theoretical arguments which support the idea of an ethics relying on natural law emerged indeed between 1639 and 1641, the goal of my project will be to identify the possible human model that embodied it. In order to do so, my research will not only analyze the perception of the figure of the Protestant king Gustavus Adolphus, but will also aim to understand if he did not represent a new type of ethics, modern and secular, which relied on natural law and whose models owed nothing to Christian models of virtue like the Catholic saints or to philosophers like Socrates, inherited from the classical Antiquity. 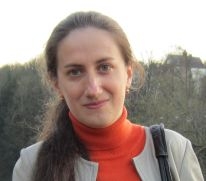