Minibacillus: design and construction of a minimal cell

Attempts to minimize the genome of bacteria addresses two questions: (i) the identification of the minimal gene set that is needed to sustain life, and (ii) the rational design and construction of tightly controllable cell factories for sustainable development. The introduction of a heterologous pathway into an existing metabolic network often fails due to inhibitory interactions (Commichau et al., 2015). As a consequence the production of a desired compound by the engineered bacteria can be very inefficient. Thus, decreasing the number of inhibitory interactions via the host's genome minimization could lead to a more efficient bioproduction. In the past years the Gram-positive model bacterium Bacillus subtilis has been subjected to large-scale genome engineering (Figure A). We have outlined a blueprint for Minibacillus, a minimal organism based on B. subtilis (Figure B, C). Recently, we have reduced the genome of B. subtilis by about 34% (Figure D). The final goal of the project is to obtain a Minibacillus strain that is equipped with a minimal core genome. A minimal core genome only consisting of essential genes will help to understand how a specific gene contributes to a living cell! 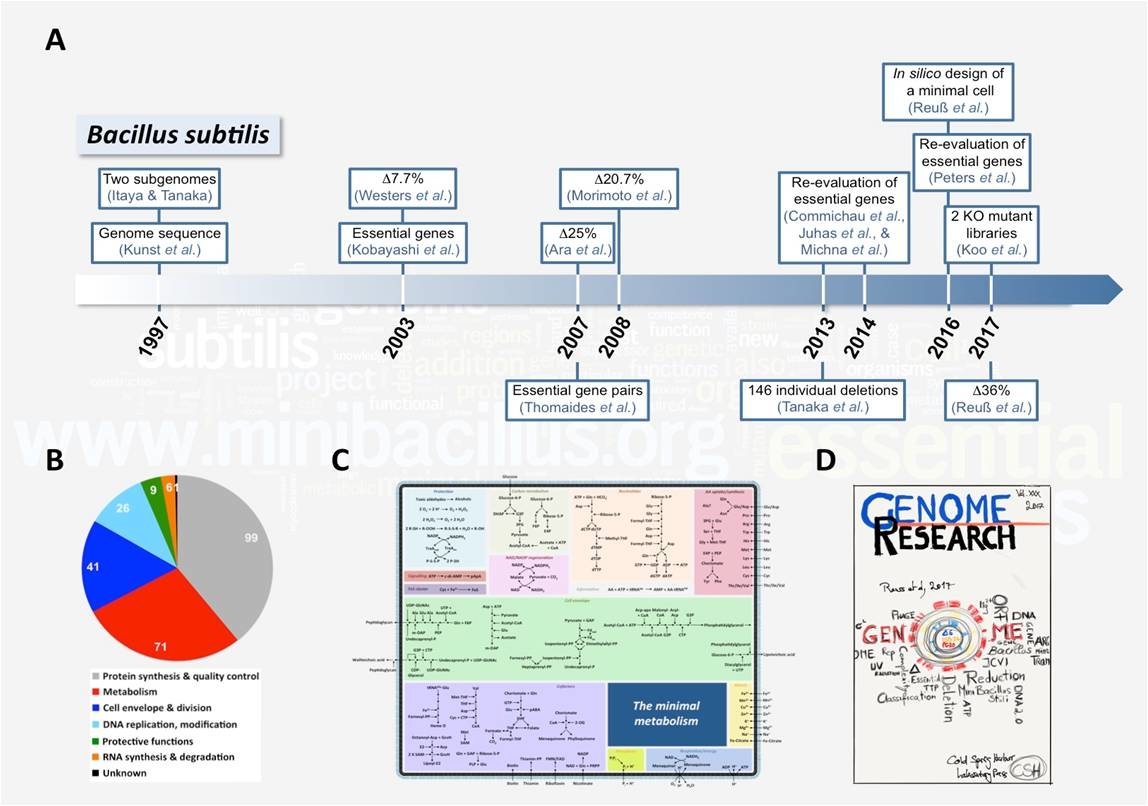 Figures. (A) 20 years of large-scale engineering of the B. subtilis genome. (B) Functional assignment of protein functions in Minibacillus. (C) A model for the Minibacillus metabolism. (D) Cover artwork proposal for our latest paper about genome-reduced B. subtilis strains.

For Details of the project