The lake Alat in Bavaria is one of our model systems for conditions on Early Earth. At 15 m depth below the water surface, oxygen content decreases rapidly, whereas hydrogen sulfide concentration is increasing. Methanotrophic bacteria, other aerobes and algae dominate the oxic zone above this depth, whereas along the transition zone a dense layer of anoxygenic photosynthetic purple sulfur bacteria is dominant. Permanent oxygen deficiency and the presence of H2S in this lake and in other ponds, springs and geysers serve us as model environments for the chemistry of oceans on Early (anoxic) Earth. 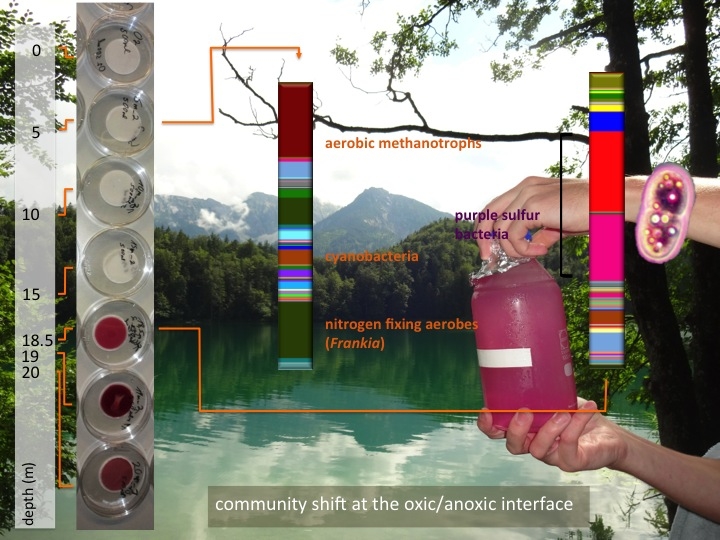