Vitamin B6 metabolism in bacteria

Vitamin B6 refers to the vitamers pyridoxal, pyridoxine, pyridoxamine, pyridoxal 5'-phosphate (PLP), pyridoxine 5'-phosphate, and pyridoxamine 5'-phosphate, which are produced in two different pathways (Fig. A, B). PLP, being the most important B6 vitamer, serves as a cofactor for many enzymes. In contrast to other organisms, animals and humans have to ingest vitamin B6 with their food. Several disorders are associated with vitamin B6 deficiency. Moreover, pharmaceuticals interfere with metabolism of the cofactor, which also results in vitamin B6 deficiency. Therefore, vitamin B6 is a valuable compound for the pharmaceutical and the food industry. Although vitamin B6 is currently chemically synthesized, there is considerable interest to shift from chemical processes to sustainable fermentation technologies. In the past yeast several approaches have been pursued to develop microbial processes for vitamin B6 production. It turned out that the genetic modification of B. subtilis in order to produce vitamin B6 using a non-native vitamin B6 pathway led to perturbation of amino acid metabolism. Currently, we are working on the characterization of novel routes for vitamin B6 biosynthesis in B. subtilis that have emerged by adaptive evolution (Fig. C). These routes consist of promiscuous enzymes from B. subtilis and of non-native enzymes (Fig. D). We also evaluate the potential of the novel routes to generate bacteria that produce vitamin B6 at commercially attractive levels. 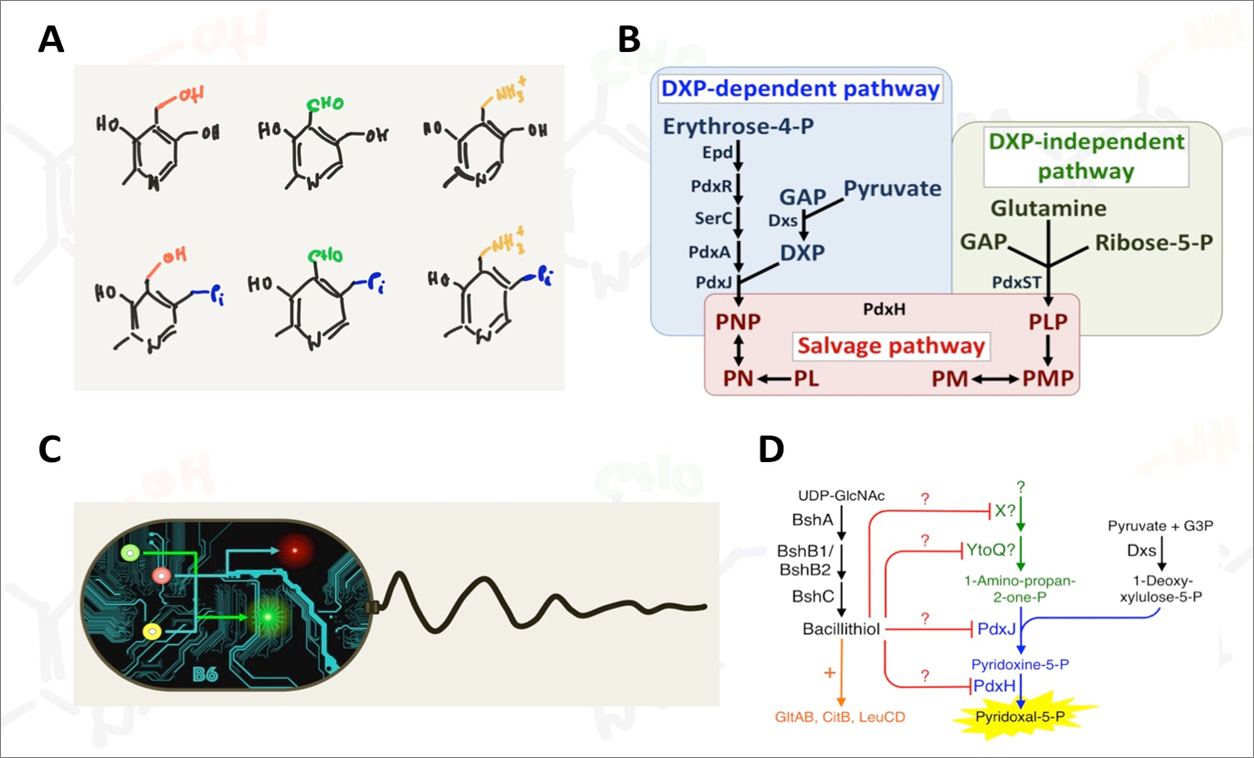