Since October 2012 Martin van Gelderen is director of the Lichtenberg-Kolleg, the Göttingen Institute for Advanced Study in the Humanities and Social Sciences, and professor for European Intellectual History at the University of Göttingen, Germany. He was assistant professor at the TU Berlin (1989-1994) and Professor of Intellectual History at the University of Sussex (1995-2003). In 2003 he returned to his alma mater, the European University Institute (EUI), Florence, where he had obtained his PhD in 1988. Between 2003 and 2012 he was Professor of European Intellectual history at the EUI. During the last two decades the combination of academic management and research has been characteristic for his career. He was Director of the Graduate Research Center in the Humanities at Sussex and Dean of Graduate Studies at the EUI (from 2008 until 2012). In terms of scholarship the emphasis has been on the history of political and religious thought, in particular on European traditions of republicanism and on debates on religious toleration. He has been working on a new scholarly edition of the diaries of Anne Frank since 2013. Co-edited with Raphael Gross, the new edition in Dutch, English and German is forthcoming; further editions in other languages to follow. Research plans for the years to come include a new English edition and translation of Hugo Grotius, De Iure Belli ac Pacis/The Laws of War and Peace for the series Cambridge Texts in the History of Political Thought and the monograph From Erasmus to Rembrandt: The Iconology of Religion and Politics in the Low Countries. 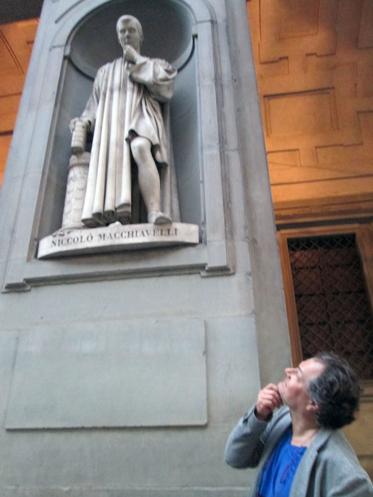