In my current project, I argue that rational psychologists such as Baumgarten, Wolff, and Crusius exercised a great influence over Kant's positive views on the metaphysics of mind in the Critique of Pure Reason. Kant maintains that we have certain mental capacities -- understanding, sensibility, and reason -- which are necessary for the unity of thought and for objective judgments about the world and that these capacities are grounded in the intrinsic powers of things as they are in themselves. This picture of the metaphysics of mind underlies Kant's positive views on the nature of personhood, on the possibility of mind-body interaction and mental causation, the possibility of freedom of the will. Personhood consists in the persistence of the powers that ground mental capacities; interactions is possible through the powers of the substances that ground mental and physical appearances; and freedom is possible through the powers that ground our faculty of reason. Kant also maintains that these properties of the ground of thought are necessary for moral responsibility. Although Kant's idea that mental capacities and thought are grounded in the intrinsic powers of substances bears a great deal of similarity with the rationalist views of his predecessors, his view differs insofar as it emphasizes that such a substantial ground of thought endowed with intrinsic powers is a postulate of reason rather than an object of human cognition.

In addition to this project, I am also working on articles on Georg Christoph Lichtenberg's idealism and his instrumentalist view of scientific theories, the relationship between Locke's account of nominal essences and his views on personhood, and Kant's pre-critical views on mind-body interaction and freedom of the will. While at the Lichtenberg-Kolleg, I will also begin conducting research for a larger project that looks at debates about freedom of the will in the context of materialism and empirical psychology in Germany in the 18th century. 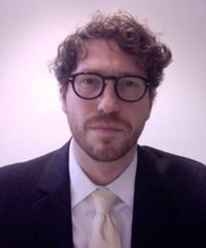