The phasmatodean tree of life

Stick and leaf insects (Phasmatodea) are large terrestrial herbivores known for masquerading as plant parts such as twigs, leaves and bark. Their vast morphological diversity is represented by more than 3000 described species found across all (sub)tropical regions of the world. Unmethodical classification over the last century has however resulted in a highly chaotic taxonomy. In order to revise the traditional taxonomical concepts, we generate molecular data comprising seven genes to infer phylogenetic trees using a short bioinformatic pipeline. These molecular phylogenies are used to uncover new and undescribed species as well as to draw conclusions about phylogenetic relationships and the evolution of specific traits such as body size. In combination with geographical data, we can estimate the historical biogeography and discuss evolutionary processes such as adaptive radiation and convergent evolution. 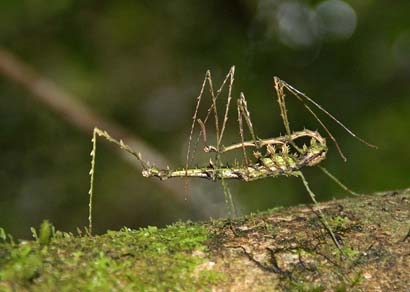