The European house borer Hylotrupes bajulus (L.) is an insect pest of construction woods of conifers. Like many other species the beetle dispersed via trading into areas all over the world. The woodboring larvae cause destructive damage of buildings and wood constructions. To develop biological control methods, information about the chemical ecology of the beetle is necessary. Previous studies revealed the particular relevance of odours of coniferous hosts as attractants.
We examine the volatiles emitted by timber of different softwoods by closed loop stripping analysis (CLSA). We use gaschromatography and mass spectrometry for trace analysis of volatile organic compounds (VOCs). So far we directly identified more than 30 compounds, especially terpenoids, aliphatic alcohols and aldehydes. With an electrophysiological setup we were able to determine the perceivability of each VOC for insect species. The antennae of H. bajulus responded with a peculiar sensitivity for alpha-pinene among the terpenes and for hexanal among the aldehydes. This suggests a possible significance of aldehydes for host location of the old house borer. The role of these compounds for orientation as either attractants or repellents has to be clarified in behavioural bioassays. 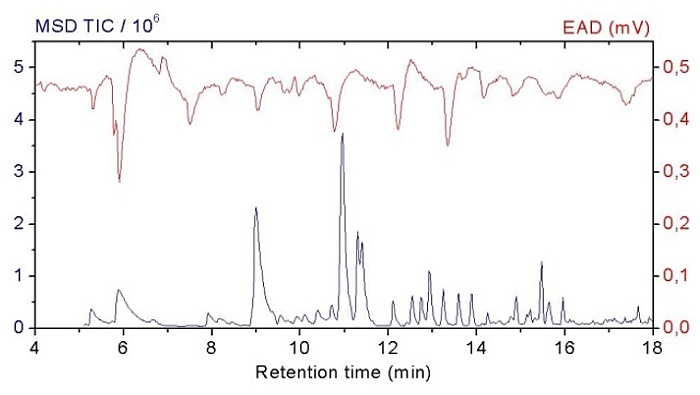 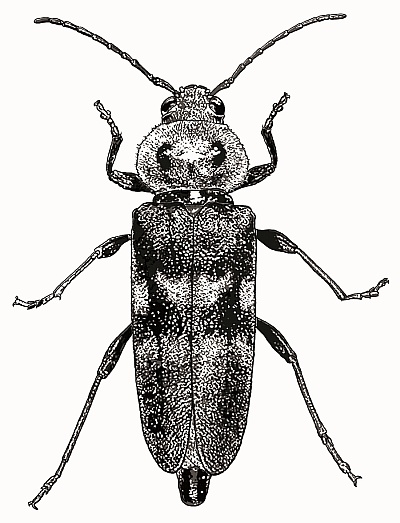