Fellow September 2010 to June 2011
Dr., Professor for Ethnology at the University of Zürich, Schwitzerland

Research Project:
Production of Rightlessness through Juridification: Dispossession, Legal Activism and the Cunning State in India

My research addresses the current dynamics of accumulation by dispossession in India. It analyses processes of expropriation, privatisation of the commons and the erosion of collective rights of communities, which are closely intertwined with issues of environmental justice. The middle classes accept the further impoverishment of the poor in the wake of these processes as the price to be paid for rapid economic growth. My ethnographic case studies from various regions of the country illustrate different aspects of these processes: the expropriation of farmers and fishing communities in order to establish private ports and special commercial zones based on the Chinese model; forced displacement of slum-dwellers to make way for urban transport infrastructure projects; the destruction of hill villages in order to allow foreign and domestic companies unhindered access to valuable minerals and the curtailment of rights of nomadic pastoralists in an attempt to protect biodiversity. My ethnography explores the consequences of expropriation and privatisation of common property resources. Moreover, it explores the new intellectual property rights regime to biogenetic resources, which erodes the traditional collective rights of farmers.
The case studies delineate the everyday practices of the state, which erode the rights of the poor through juridification of ever more areas of life. The cunning state is also currently engaged in redistributing wealth from the poor to the rich by means of blatant violation of its own laws. The studies further seek to understand the limits and the ambivalence of protests against dispossession by social movements, NGOs and the citizens concerned. The boundary between law and politics is redrawn as these actors increasingly use courts in their quest for social justice. The resistance to displacement and deprivation of rights is likewise articulated in the language of the law as citizens try to render the state responsible. The volume “Dispossession: Juridification and Legal Activism in India”, which I intend to write during my stay at the Lichtenberg-Kolleg, will foreground these developments against the current transformation of state, sovereignty and governance, the transnationalisation of law and politics in post-colonial India. It will detail the new ways in which citizenship rights are put into practice by the poor and the activists, who represent them. 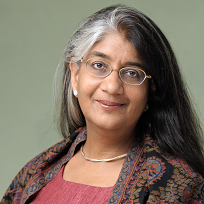