The international scientific conference ‘Functions and Services of Biodiversity’ was held at Göttingen University, June 2011, 20-22. About 180 participants (including several first class scientists) and a great number of students were attending the conference.
Plenary talks on the first two days of the conference were followed by workshops where three working groups drafted forum articles on the three session topics:

Within the conference frame there was also celebrated the opening of the “Centre of Biodiversity and Sustainable Landuse” and a public evening lecture was held by Dr. Vojtech Novotny (University of South Bohemia, Czech Republic) with the title „Studying and preserving tropical biodiversity in Papua New Guinean rainforests“.

A radio interview about biodiversity research with some of the conference participants will be broadcasted on July 01. (9 p.m.) and July 03. (15.05 p.m.) at NDR broadcast station. For more information see the conference homepage:
www.biodiversity.uni-goettingen.de 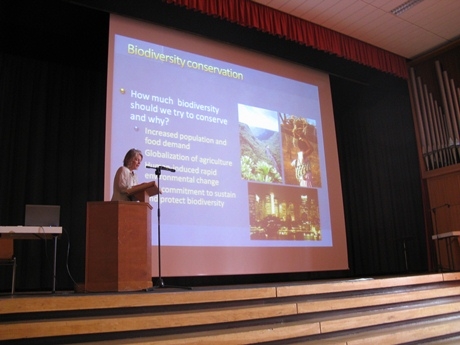