Modern semantics and pragmatics is characterized by two research traditions: (a) formal semantics, which aims at describing the relationship between linguistic expressions and reality by means of model theoretic concepts. Research in this tradition is formally explicit and mathematically informed, but agnostic about the psychological reality of the structures uncovered. (b) Cognitive semantics aims at discovering the relationship between the meaning of linguistic expressions and mental structures and representations, but without aiming at formal precision. The two traditions however are not incompatible. This research project explores connections between formal semantics and pragmatics of natural languages and mathematically informed studies of human intelligence and commonsense reasoning. Two topics will be explored in detail:

2. Analyticity and grammaticality: The study of certain problems in semantics has uncovered that there is a connection between analyticity and the acceptability of sentences: in particular that certain types of contradictions and tautologies lead to ungrammaticality. The second part of the project examines this connection and what its implications for the grammars of natural languages are.

Abrusán, M. (to appear). A Note on Quasi-presuppositions and Focus. Journal of Semantics. 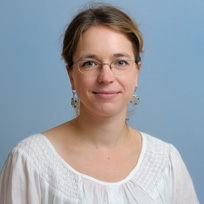