Gary B. Herrigel is Visiting Professor at the Institute of Sociology! This professorship strengthens and deepens the Institute’s cooperation with one of the most renowned political economists of the U.S.

Before becoming a Professor of Political Science and the College at the University of Chicago, Herrigel studied European Intellectual History at the Wesleyan University until he started focusing more on political economy. His Ph.D. thesis at MIT in Science, Technology and Society and Political Science served as a basis for his first book, “Industrial Constructions: The Sources of German Industrial Power” (Cambridge University Press, 1996). The widely read book showed enormous sensitivity for historical processes and regional differences. Herrigel’s further work has ranged from questions of the history of corporate governance, political economic adjustment in developed economies and upgrading processes in developing ones. All of this research has had a strong focus on systematic comparison and on a pragmatism inspired interest in creative social action. In this way ,Herrigel’s published writings, such as his most recent book, “Manufacturing Possibilities: Creative Action and Industrial Recomposition in the U.S., Germany and Japan”, Oxford UP, 2010), distinctively combine close comparative empirical analysis with the creative identification of democratically attractive possibilities for change in firms, industries and whole political economies.

Gary Herrigel’s theoretical anchorage in American Pragmatism makes him unique among comparative political economists. He has used his distinctive orientation to organize a number of international research networks and projects, frequently involving researchers in Europe, North America and China. Now his valuable teaching and research experience will be a tremendous asset to the Institute of Sociology. 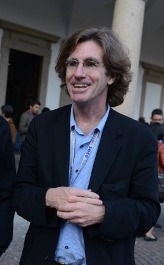