The topic of justice is one of the classical questions in the history of philosophy; but an overview of the contemporary philosophy shows a return to this topic, especially after the publication of the major work of John Rawls's A Theory of Justice. This book had a strong influence in our era both on analytic and continental philosophy. This research project explores the debate on justice in critical theory and deals with the influence of the political philosophy of John Rawls on the second and the third generation of Frankfurt School.

In connection with the principal topic of scholars at the university, I would like to handle the following problems: How do the different philosophical backgrounds of the supporters of critical theory contribute to the determination of their philosophical conceptions of justice? What is the reception of Rawls's theory of justice in critical theory and how does it contribute to its development? Is justice only an equal distribution of material goods or is it also an equal distribution of the political goods? How can the political justice contribute to the democratization of society?

Four topics will be explored in details:
In the first part of my research project, I will focus on the first generation of the Frankfurt School, trying to demonstrate the contribution of the founding fathers of critical theory concerning the question of justice. Because their interests in philosophy as a criticism to society push them to focus on the social injustice. Moreover, their philosophical background which is influenced by marxist theory reflects this emphasis on distributive justice. In order to argue for my thesis, I will refer to the works of the first generation of critical theory like Horkheimer, Adorno and Marcuse. In the context of the development of critical theory, this part will permit me to deal with the presence of this debate in the second generation, especially in Habermas's theory of communicative action.
In the second part, I will deal with the main ideas of John Rawls's theory of justice. And under his influence, especially on Habermas, I will show the impact of his philosophy and its role in the development of critical theory as represented by Habermas. Moreover I will try to show Habermas' contribution to political justice on the basis on his famous debate with John Rawls concerning political justice. On the basis of such a debate, I will argue for the significance of Rawls's theory of justice and its impact on the development of critical theory, which is dominated by marxist philosophy.
The third part of this project will be about the contribution of Axel Honneth who tries to develop a critical theory which differs from the contributions of both the first and the second generation. Because he departs from a Hegelian philosophical background he tries to actualize it within the context of critical theory. In this part, my project will focus on Honneth's concept of social justice. This will be done on the basis of his philosophy of recognition which, according to him, is a struggle for freedom.
In this fourth part, I will show the prominent contribution of Rainer Forst which is related to his radical approach concerning justice, in as much as his understanding of such a concept is related to the right of justification as a social practice and as a redefinition of human beings who are able to justify their choices. Briefly, the main theme of his theory of justice lies in the power as well as the equal distribution of the political goods.

This research project reflects only a part of a larger book that I will publish later on concerning the right to justice in contemporary philosophy. In addition to this, my interest in such a topic is due to what is happening nowadays in the Arab world, in particular the Arab spring. And hence, it seems to me that, theoretically speaking, contemporary Arabic thought is quite in need of such a philosophical contribution. Because the right to justice in its different dimensions, has been the main reason behind those revolutions in the Arabic world and North Africa. 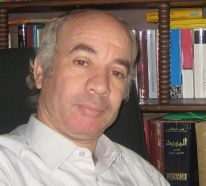